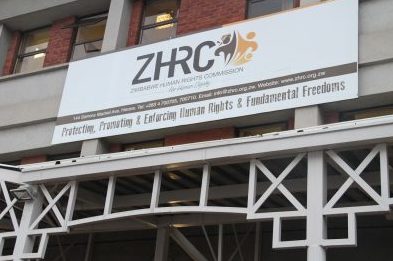 HARARE – The Zimbabwe Human Rights Commission(ZHRC) says while it welcomes the reintroduction of level four lockdown, it is deeply concerned by the lack of appropriate measures to mitigate the negative effects of the restrictions on the population.

ZHRC noted that during its monitoring of the previous lockdown, it established that the informal sector which is made up of the majority of the country’s population was the most affected yet the government has not followed through on its pledge to provide cushioning allowances.

“From the past lockdown in Zimbabwe, the Commission has observed that such measures had a positive effect on the containment and prevention of the virus. However, the Commission is concerned by the absence in the Regulations of any measures to mitigate the effects of the restrictions on the population and ensure the satisfaction of, at the very least, minimum essential levels of each of the economic, social and cultural rights protected in the Constitution.

“ZHRC notes that the majority of the population (at least 60%) is in the informal sector, which is amongst those required to shut down operations. ZHRC has observed, from its previous monitoring work (that is between the period March and December 2020), that the strict lockdown measures negatively affected the standards of living of the majority of the populace in both urban and rural communities.

“The Government in the past had undertaken to provide some cushioning allowances for informal traders and other vulnerable groups. However, as of December 2020, ZHRC noted with concern that these pledges were yet to be fulfilled resulting in some people struggling to access food, among other basic necessities,” said ZHRC in a statement.

The Commission also highlighted that most citizens were still facing massive water challenges despite the efforts by Central Government, local authorities and humanitarian aid actors among other stakeholders to address the situation.

It further noted with concern the ongoing crisis in the health sector, which the statement from Government did not state what measures will be taken to improve that area.

“Furthermore ZHRC continues to observe of the health sector failing to effectively handle positive Covid-19 cases, with some people dying whilst seeking health care and admission facilities. The health sector raised concerns over limited resources and equipment including the provision of Personal Protective Equipment(PPEs). The costs of Covid-19 screening remains beyond the reach of the majority, and again no clear measures have been taken regarding easy access to screening facilities by the general populace. The Government of Zimbabwe statement did not address what would be done to improve the capacity of the sector as the fight against Covid-19 continues,” the statement further read.

ZHRC recommended the government to address these issues and further recommended that the authorities ensure that all school children also have access to learning facilities during this lockdown.

HARARE - The Zimbabwe Human Rights Commission(ZHRC) says while it welcomes the reintroduction of level four lockdown, it is deeply concerned by the lack of appropriate measures to mitigate the negative effects of the restrictions on the population. ZHRC no...
Share via
x
More Information