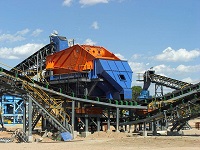 ZIMBABWE – Global mining firm, Rio Tinto, this week announced it is seeking growth opportunities in neighbouring Botswana and Namibia when most deep-pocketed investors eyeing the capital-intensive sector are keeping their cards close to their chest, following trending commodity prices with keen interest.

Unfavourable commodity prices are forcing most mining firms to hold back on expansion, but Rio Tinto, widely perceived as a potential investor favourite as it is a low-cost producer, with a stronger balance sheet still has growth plans.

Sadly, Rio Tinto, which currently has 5 000 employees and contractors across its African operations, wound up local operations last June after government announced inward-looking measures to consolidate all diamond operations. That government seems reluctant to learn from its past transgressions has become the norm.

Zimbabwe missed out on what has become known as the “lost decade”, when commodity prices were firm. During the “lost decade”, progressive governments developed nations from mining proceeds while President Robert Mugabe’s command economy scared investors. The period 1999 to 2009 saw Mozambique, which was emerging from a protracted civil war, embark on a reconstruction exercise. Now cranes are hovering in Maputo’s skyline, something Harare cannot relate to. One lesson that should sink in public office bearers is that, capital is timid and no one owes Zimbabwe a living. Zimbabwe is lagging in regional foreign direct investment (FDI), a key economic indicator that any forward-looking government should be worried about.

A year before Rio Tinto exited Zimbabwe, domestic foreign direct investment inflows leapt to US$545 million in 2014 — less than 5% of the country’s GDP — from US$400 million in the previous year, driven by interest in mining, infrastructure and services.

FDI to Zambia increased to US$2,4 billion from US$1,8 billion while inflows to South Africa fell to US$5,7 billion from US$8,3 billion.
While government has shown some political will to reforms, this could have come too little too late given stiff competition for capital in Sub-Saharan Africa. Measures taken by the Reserve Bank of Zimbabwe (RBZ) in addressing the cash shortage, while interventionist and noble are not enough. It is time government shakes the monkey off its back and commits to more structural reforms and reducing political risk. Zimbabwe’s economy needs an impetus to stimulate business activities through increased liquidity.

Among some of the measures announced by RBZ governor John Mangudya which seek to unlock more investment inflows include increasing single foreign investor acquisition on the Zimbabwe Stock Exchange (ZSE) from 10% per counter to 15%; increase foreign investors investment on the ZSE from 40% to 49%; and the upward review of full fungibility of selected counters from 40% to 49%.

Strong political will to improve the ease of doing business and restore investor confidence, will undoubtedly turn the economy from being consumptive to productive. It’s time to awaken the sleeping giant endowed with the second largest platinum reserves in the world.

ZIMBABWE - Global mining firm, Rio Tinto, this week announced it is seeking growth opportunities in neighbouring Botswana and Namibia when most deep-pocketed investors eyeing the capital-intensive sector are keeping their cards close to their chest, follow...
Share via
x
More Information