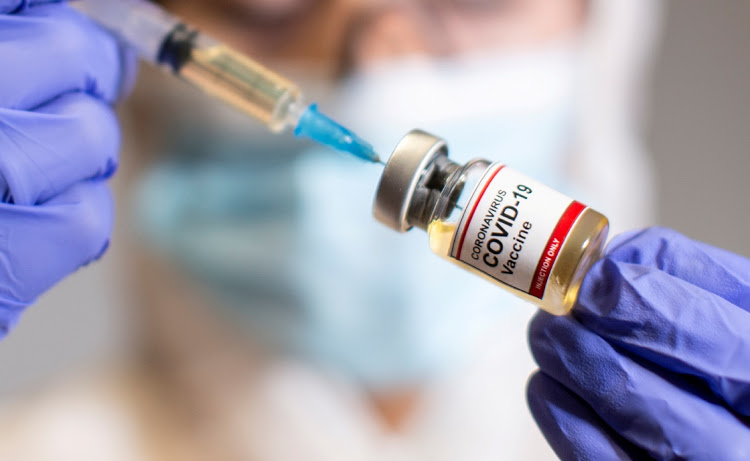 HARARE – The government has turned down an allocation of Johnson and Johnson Covid-19 vaccines which were set to be delivered in August, saying it was not ready to receive the shots due to challenges in the country’s cold chain infrastructure.

Secondly, the government said experts were still assessing side effects of the Johnson and Johnson single-shot Covid-19 vaccine.

In a letter to Regional Chief Operations at the African Export-Import Bank (Afreximbank) Regional Office in Zimbabwe, Humphrey Nwugo on June 2, 2021, Permanent Secretary in the Ministry of Finance and Economic Development, George Guvamatanga, indicated the government was not ready to participate in the August allocation.

“…as measures are still being put in place to establish the old chain management framework for the vaccines, as well as on management of the anticipated adverse effects of the vaccines following inoculation. Therefore we will advise of our readiness to receive the vaccines once our internal processes have been concluded, hopefully in time for the next allocation,” he said.

Johnson and Johnson’s vaccines were acquired through a Covid-19 vaccine procurement Agreement on March 28, 2021, by all African Union (AU) member states, through the African Vaccine Acquisition Trust (AVAT).
AVAT was set up last year in November under the AU chairmanship of South African President Cyril Ramaphosa, to access 220 million Johnson and Johnson doses.

The transaction was made possible through the US$2 billion facility approved by Afreximbank, who also acted as Financial and Transaction Advisers, Guarantors, Instalment Payment Advisers and Payment Agents.
Zimbabwe, has so far authorised the use of four Covid-19 vaccines: Russia’s Sputnik V, Covaxin from India and China’s Sinopharm, Sinovac vaccines that account for the bulk of shots given to Zimbabweans.

But some parts of the country such as Bulawayo and Harare are reportedly facing a vaccine shortage, as authorities are failing to give citizens either their first shot or their second one.

Guvamatanga, however, restated the government’s commitment to participate in the AU Covid-19 vaccination programme, which Afreximbank is supporting.

“The vaccines -Moderna, Pfizer, AstraZeneca and Johnson and Johnson – our neighbour South Africa took a lot of them but they ended up banning them because people were getting clots and dying. South Africa ended up stopping that and Europe itself stopped those,” he said.

“In our case before we take any drugs we say, ‘bring documents that you used to produce these vaccines.’ Every vaccine goes through phases, we say, ‘show us results of tests on people you did while producing them. It takes six to eight months to produce and any manufacturer, if they so want to sell to us, they must bring data and samples of the vaccines then we look at it scientifically. Being Zimbabwean doesn’t mean that we are less scientific.”

Dr Mangwiro noted that “newer types of drugs” such as Moderna and Pfizer needed storage of -75 to -80°C, yet the coldest temperature Zimbabwe could reach is -30°C, which was the capacity of the Cold Storage Commission when it used to freeze meat.

However, manufacturers of Johnson and Johnson said the Covid-19 vaccine is compatible with standard vaccine storage and distribution channels with ease of delivery to remote areas.

Johnson and Johnson Covid-19 vaccines are estimated to remain stable for two years at -20°C and a maximum of three months at routine refrigeration at temperatures of 2 to 8°C.

“When we chose these (four) vaccines (in use in Zimbabwe), we looked at how we are going to distribute it in relation to our infrastructure. Now where will we store vaccines that require -75 degrees Celsius? It means we have to break all our refrigerators to restructure them and at that temperature, we don’t freeze water but gas. So we must start producing the gas. How long will it take for us to do that?” asked the deputy minister.
Dr Mangwiro also noted that other Covid-19 vaccines such as AstraZeneca and Johnson and Johnson had adverse effects on people who had taken them, which was why the country was not keen on them.

“The Pfizer manufacturer himself refused to be given his own vaccine. What do you have to say ? As scientists we look and listen to that. Our neighbour South Africa has said, ‘No to AstraZeneca’ after they saw the dangers. Should we go back and say let’s see what AstraZeneca does to Zimbabweans? Should we do that?”

“Americans and Europeans are saying no to Johnson and Johnson, it’s a danger. Should we go and say let’s try it on Zimbabweans. As for Sinopharm -go read, the World Health Organisation says it’s ahead, no matter what you think or feel. Are we together! Please we want to be safe.”

HARARE - The government has turned down an allocation of Johnson and Johnson Covid-19 vaccines which were set to be delivered in August, saying it was not ready to receive the shots due to challenges in the country’s cold chain infrastructure. Secondly, ...
Share via
x
More Information