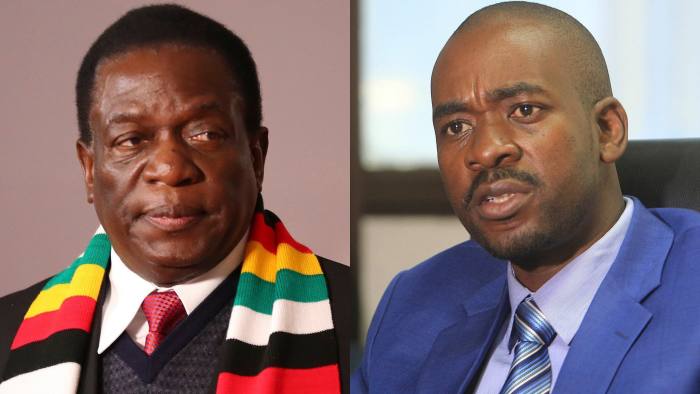 HARARE – The registration of political parties in the country may assist govern their conduct during elections, as currently there is no punishment if politicians violate the code of conduct while campaigning, a Zimbabwe Electoral Commission (ZEC) official has said.

This comes after Zambia, which held its election on August 12, 2021, was credited for its ability to enforce its electoral code of conduct where several candidates and political parties including the ruling party were suspended by that country’s electoral commission for demonstrating violence or hate speech.

Speaking at a virtual dialogue hosted Thursday by the Public Policy and Research Institute of Zimbabwe, CITE and the Zimbabwe Election Support Network on Zambia’s Historic Election: Lessons for Zimbabwe, ZEC commissioner, Dr Qhubani Moyo said the country’s electoral code of conduct was not punitive rather was an agreement by parties.

“Yes clearly that is a very good lesson, we do have a code of conduct currently but there are no sanctions or enforcement mechanisms. It’s just more of a consensus document where parties come in and agree that this is what we must not do,” he said.

“It doesn’t go further to say what sanctions should happen should such incidents happen. Clearly, the Zambian situation which we have seen as well in Tanzania and other countries where a political party that breaks the code of conduct will get some sanctions is something that we should take on board and be able to do as a country.”

Moyo indicated it was ‘really’ important to have a legal definition of what constitutes a political party.

The commissioner claimed Zimbabwe had a ‘tragic’ situation where some political parties attacked ZEC as part of their election manifesto.

“Instead of addressing reforms they could have addressed in parliament, in terms of changing electoral laws, some political parties want to come out and bash the commission for what they would have failed in parliament,” Moyo said.

“What is desired in my view is to make sure we have a stable political environment in elections. Political parties, therefore, must take it as a form of an early exercise that they push for electoral reforms in parliament – that whatever happens, the commission is there to implement whatever has been agreed.”

Moyo criticised these political parties for ‘continuously’ failing to call for electoral reforms but then turned on ZEC.

Mugabe vows to ‘surrender’ if he loses

‘Zim political parties should be registered’

HARARE - The registration of political parties in the country may assist govern their conduct during elections, as currently there is no punishment if politicians violate the code of conduct while campaigning, a Zimbabwe Electoral Commission (ZEC) official...
Share via
x
More Information
x