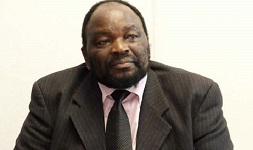 ZIMBABWE – Government has no plans to rejoin the Commonwealth and anyone lobbying for Harare to be allowed back to the bloc will be working against Zimbabwe’s position, a Cabinet minister has said.

Foreign Affairs Minister Simbarashe Mumbengegwi said Zimbabwe was unjustifiably suspended from the Commonwealth in 2002 after the bloc of former British colonies premised its decision on what they regarded as “preponderance of opinion”.

He said this while giving oral evidence on Monday before the Parliamentary Portfolio Committee on Foreign Affairs chaired by Makonde MP Cde Kindness Paradza (Zanu-PF) regarding Zimbabwe’s foreign policy.

“Since then, there has never been a review of Commonwealth membership by the Government of Zimbabwe. In fact, it is difficult to see any such review taking place in the foreseeable future. Therefore, any parliamentarians who lobby foreign parliamentarians for Zimbabwe to be allowed to join the Commonwealth must know that their efforts are at variance with the Government of Zimbabwe.

The Commonwealth is, after all, first and foremost an association of governments,” he said.

Giving some background, Minister Mumbengegwi said Zimbabwe was initially suspended for one year following a report by the Commonwealth Election Observer Mission after they asserted that while Presidential elections had been held professionally they had received complaints from the opposition of violence which allegedly occurred before they arrived in the country.

As a result, he said, a troika of the Commonwealth comprising former South African president Thabo Mbeki, his then Nigerian counterpart President Olusegun Obasanjo and the then Australian prime minister John Howard announced the suspension after a whole day of deliberations.

Minister Mumbengegwi said Zimbabwe was subsequently suspended by President Obasanjo on what he called “preponderance of opinion” in spite of fierce opposition by Sadc and Uganda that the decision undermined the Commonwealth tradition of decision- making by consensus.

He said this coincided with Zanu-PF national people’s conference in Masvingo that subsequently voted to pull out from the Commonwealth.

On re-engagement with the European Union, Minister Mumbengegwi said the Western bloc had failed to substantiate its allegations of absence of democracy and rule of law.

Of late, he said, the United States and the EU had sought to justify their sanctions on the alleged disappearance of journalist and opposition political activist Itai Dzamara.

“I have said to them, look, before the Dzamara issue, why did you impose sanctions in the first place? I asked them to bring evidence of alleged abuse, specific evidence but they have failed,” he said.

Legislators also expressed concern on the state of infrastructure of Zimbabwean embassies which they said was embarrassing.
Minister Mumbengegwi said it was a reflection of the harsh economic environment in the country.

Zim to stay out of C'wealth

ZIMBABWE - Government has no plans to rejoin the Commonwealth and anyone lobbying for Harare to be allowed back to the bloc will be working against Zimbabwe’s position, a Cabinet minister has said. Foreign Affairs Minister Simbarashe Mumbengegwi said Zim...
Share via
x
More Information