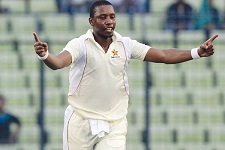 ZIMBABWE – The Zimbabwe national cricket team will be compelled to work for its Test status after the International Cricket Council (ICC) unveiled a new format which includes promotion and demotion.

Zimbabwe has enjoyed Test status since 1992, although it took a voluntary break between 2005 and 2011.

The bottom-ranked side in the 10-nation Test playing elite cricket at the end of 2017 will take part in a play-off against the winners of the ICC Intercontinental Cup.

The play-off will be conducted in 2018, but details of the format and the number of matches to be played are yet to be announced.

Zimbabwe is currently the bottom-ranked Test cricket side and has gone for a full year without playing Tests.

According to the latest rankings, Zimbabwe has played 10 matches, amassing 53 points with a rating of five, while Bangladesh — ranked ninth — has played 22 matches with 1 026 points and a rating of 47.

Ahead of Bangladesh is the West Indies with a rating of 76 after accumulating 2 218 points from 29 matches.

Zimbabwe’s next Test series is against Bangladesh in the New Year. They last played a Test match in 2014 when Zimbabwe lost all three matches, which helped the Asians claim ninth position.

Ireland has dominated the Intercontinental Cup of late and in 2013 they sealed their fourth title.

They will be hoping to win it again in 2017 to give themselves a shot at Test status, something they have been lobbying for.

The ICC has also unveiled a US$10 million package for each of seven of the full members Pakistan, Sri Lanka, South Africa, New Zealand, West Indies, Bangladesh and Zimbabwe over the next eight years.

ZC board chairman Tawengwa Mukuhlani said despite the threat of being involved in a relegation scrap, Zimbabwe will continue playing limited Tests, but focus on the limited overs.

“While it is important for us to continue playing Tests we have also looked at ourselves and questioned the value we get out of playing that (Test) version,” said Mukuhlani.

“It costs a lot to play Test cricket but the returns are limited. It pays well when you play in Australia and England.

“We want to continue playing Test cricket but for now our involvement will be limited. What is important for us is to be at the ICC World Cup and the World T-20, so we will invest a lot to be there. The World Cup is the most important tournament for any sportsman.”

He said Zimbabwe has Tests lined up for next year against Bangladesh, India, New Zealand and Sri Lanka.

“We want to participate at all ICC events; we are already missing out on the Champions Trophy. For us to survive we must play at the ICC World Cup. That is why we are aiming to be a winning T-20 side and a competitive One Day International side. If we achieve that we can then hope to be a competitive Test side.”

To avoid going through a qualifying tournament for the 2019 World Cup it will have to be among the top eight ranked sides by the end of next year.

For the World T-20 next year Zimbabwe will also have to go through a qualifying tournament.

ZIMBABWE - The Zimbabwe national cricket team will be compelled to work for its Test status after the International Cricket Council (ICC) unveiled a new format which includes promotion and demotion. Zimbabwe has enjoyed Test status since 1992, although it ...
Share via
x
More Information
x