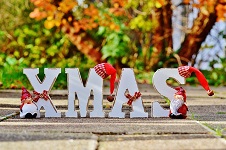 ZIMBABWE – Robert Moffat, the great missionary, came to this country and opened up the first mission at Inyati near Bulawayo on December 26, 1859, more than 160 years ago.

If he returned to Zimbabwe this Christmas, he would praise the Lord to see increasing multitudes of people praying in churches, houses, under trees, on top of mountains and everywhere.

When he arrived in Africa, Moffat dreamt and fervently prayed that the gospel might reach the darkest parts of Africa.

In The Matabele Journals of Robert Moffat, 1829-1860, Moffat says this to David Livingstone, his son-in-law: “In the vast plain to the north I have sometimes seen, in the morning sun, the smoke of a thousand villages where no missionary has ever been.”

Such penetration of the gospel in our land, even as far as remote villages like mine behind the Hwedza Mountains, would make Robert Moffat very happy indeed.

But he may not find much joy in someone like me, whose ability to worship regularly has not improved at all during the past few years.

My early spiritual life was measured, managed and dominated by my grandmother, Mbuya VaMandirowesa, my mother and the Anglican Church.

I was brought up by my mother who early in her life had adopted the denomination that offered her education.

When she was in Sub A and Sub B in the 1940s, she belonged to the Dutch Reformed Church.

In Standard Three she attended the Anglican Church of Christ the King at Daramombe Mission near Buhera.

Then she married my father and they moved to the banks of the Save River, near the Hwedza Mountains where my father built the first school in the area, Mufudzi Wakanaka School.

My parents preached about Jesus during the building of this school, way back in 1948.

When I was born my mother was the chairwoman of the Anglican Church.

I recall how she helped line us up as children during prayers at church and taught us the Nicene Creed, in Shona and in English.

Without reading the Bible we were expected to recite: “Ndinodavira kuna Mwari mumwe, Musiki wedenga nepasi … We believe in one God, the Father, the Almighty, maker of heaven and earth, of all that is, seen and unseen. We believe in one Lord, Jesus Christ, the only Son of God, eternally begotten of the Father, God from God, Light from Light, true God from true God, begotten, not made, of one being with the Father . . .”

However, we did not know all the words so we mumbled along under mother’s voice until the final sentences which we shouted out loud. “He will come again in glory to judge the living and the dead, and his kingdom will have no end!”

Yet, despite a good Christian image, my mother also brewed beer which she regularly sold to believers and non-believers alike.

At home, my mother told us to look out for Father Mutemarari, the Anglican priest who used to ride his bike past our house on his way to mass once a month. She instructed us to cover the beer pots with a blanket when the priest entered our homestead. Then she closed the kitchen hut door and welcomed the priest. They sat under the tree and discussed the procedures for mass on the following day.

My mother always reserved a small calabash of beer that she poured on the ground to honour the ancestral spirits. Such beer making was unChristian and totally unacceptable in the Anglican Church. But for my mother, there never seemed to be a conflict.

During the liberation war, my mother deserted the Anglican Church and became a Catholic. One late night, the fighters gathered the villagers and told them that Anglicans were no different from the British colonialists. “The Anglicans told us to close our eyes to pray and while our eyes were closed they stole our land,” the fighters said. “Catholics are better, because they support our freedom.” On that night, everyone in the village became a Catholic. After the war, some of the village women went back to the Anglican Church while the majority remained Catholics.

When I left the village, I went to a Methodist boarding school and I became a serious born-again Christian.

I moved around with my pocket King James Version Bible. Nothing, absolutely nothing, was going to stop me from aspiring to enter the Kingdom of God. I even helped towards the conversion of some old friends who have remained strong Christians up to this day.

Down in Lusaka, somewhere near Highfield in Harare, I led youth prayer groups during the liberation war. Some people over there still remember me as the young and skinny, dark-skinned girl who wanted to be so close to Jesus.

Then this girl left and went to England, Australia, and the United States and years later she came back.

My faith in God began to slide when I moved to England. Without friends or family, I replaced the church congregation with various freedom rights groups. I marched on every cause that had to with women’s rights, socialism, communism, racism, class, animal rights, Greenpeace and every other cause advocating for rights. I ceased to pray regularly.

By the time I returned to the village many years later, I had moved a long way from meaningful Christian worship. I no longer belonged to any church. Many years later, I find myself continuously persuaded and almost harassed by my friends to return to Jesus.

The name of Jesus is heard in every village while in the cities more people identify with the new prophets Magaya, Makandiwa, Assemblies of God Africa, Glad Tidings, End Time Message, Christ Embassy and many other American-type Pentecostal churches. From huge billboards, African visionary prophets beseech us to join the churches.

This Christmas, I feel no nearer to God than I did three years ago when I first mentioned in this column that I was looking for a church.

At that time I desperately wanted to wear a uniform and belong to a group of prayerful upright people.

And yet, I feel less guilty of my sins. In fact, I feel more content than I did during the days when I was a born-again Christian.

On Boxing Day, we shall follow Mbuya VaMandirowesa’s ritual and a cow will be killed in this village.

An axe is likely to be used to do the slaughtering. It is such a primitive way to do it. But this village, unlike other villages in America and elsewhere, does not have a gun. We still use an axe and knives sharpened on a rock. The killing of an animal, any animal, is not a good sight.

We do not have a refrigerator so the rest of the meat will be hanging in my mother’s kitchen hut above the fire away from flies. It will be smoked beautifully to make nice dried meat, chimukuyu. I believe the ancestors will be happy with the Boxing Day ceremony and the spilling of blood.

As I look towards Christmas Day, I shall celebrate Jesus’ birth in our little church on top of the hill. Then on Boxing Day, we must do what is right by our ancestors and allow the feast of the beast. We will play the drum, dance and drink to the thirst of our ancestors. Just as my mother and grandmother would have wanted it.

Locardia demands US$500 000 from Tsvangirai

ZIMBABWE - Robert Moffat, the great missionary, came to this country and opened up the first mission at Inyati near Bulawayo on December 26, 1859, more than 160 years ago. If he returned to Zimbabwe this Christmas, he would praise the Lord to see increasin...
Share via
x
More Information
x