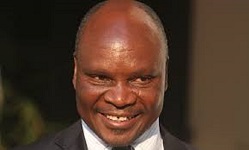 The minister also issued yet another three-month ultimatum to the company’s under-fire managing director Thomas Makore and his team after they failed to turn the troubled miner’s fortunes in 90 days as ordered by government last year.

Chidhakwa was in Hwange to assess progress at the mine after he issued the first ultimatum three months ago during a pre-budget conference for legislators in Victoria Falls.

He challenged senior managers to take a pay cut amid reports that the least paid manager earns $6 000.

The lowest paid worker at the mine is getting a salary of $274 and most of them have not been paid for close to 30 months.

“You must agree on a pay cut of 50%, including your full packages and allowances,” he said.

The minister also said there was need to reduce the number of executive managers from the current 24 to around seven as the organisation was top heavy compared to other similar companies who were fully operational with leaner structures.

Chidhakwa told management after touring the mine that the situation at the colliery appeared to be worsening instead of improving after the initial ultimatum.

“The submissions I am getting today are worse than what you gave me three months ago,” he charged.

“I want to come back in three months’ time and see whether the targets you are mentioning have been achieved, failure of which you will be left with no option but to leave the organisation.”

Hwange has been in the doldrums despite investing $32 million in new equipment that was shipped from India and Belarus last year.

Most of the coal is produced by a contractor Mota Engel, which is owed more than $20 million by the colliery for its services.

Chidhakwa, who was accompanied by his deputy Fred Moyo and permanent secretary, Francis Gudyanga, asked each manager, including Makore, in a typical classroom scenario to “swear” that production would be increased as a matter of urgency

Acting Hwange chairman Jemister Chininga had told the minister that the company was facing various challenges, which included competition from new coal mining players, as well as diminishing export markets especially in Zambia and the Democratic Republic of Congo.

The government played a pivotal role in the procurement of Hwange’s mining equipment that was commissioned by Vice-President Phelekezela Mphoko amid pomp and fanfare last year.

However, soon after the commissioning of the equipment, it emerged that some of it was second-hand despite spirited denials by former board chairman Farai Mutamangira.

Finance minister Patrick Chinamasa recently expressed frustration that Hwange was failing to increase production despite the investment in new machinery.

Colliery workers have also accused the government of paying a blind eye to alleged corruption and mismanagement at the coal mining company.