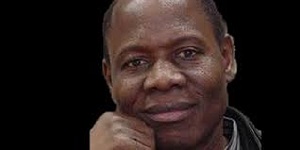 “I am heavily saddened by the passing on of my brother, a great leader, mentor, teacher, a man who stood up, fought and advocated for his beloved country Zimbabwe’s rights, a Zimbabwean icon, and a man who was a great pillar of strength in the Gukwe and Chivaura family,” Vengai said in a Facebook post.

Ahead of Dr. Chivaura’s passing on, former National University of science and Technology (Nust) VC professor Lindela Ndlovu succumbed to diabetes while professor Sam Moyo died following a car accident in India at the weekend.

Professor Ndlovu was buried at the weekend while arrangements are still underway to repatriate professor Moyo’s body to Zimbabwe. Professor Moyo was arguably the best researcher on agrarian issues in Southern Africa and beyond.

Chivaura was a senior lecturer at the University of Zimbabwe’s department of English where he was teaching literature and media studies.

He attended Mpopoma high school where he was known as European Chivaura before he went abroad during the liberation war.

Chivaura is known for his Pan-Africanist views on ZTV programmes such as National Ethos and Nhaka Yedu. Together with his friends Dr. Tafataona Mahoso, Professors Mpepereki and Claude Mararike, they showed unhindered support for President Robert Mugabe’s controversial land reform exercise.

“The President is a svikiro (spirit medium) which will never die. He might die physically, but his spirit will remain with us, just like Mbuya Nehanda and Chamunika.

“We will continue fighting the British and other imperialists using his spirit,” said Chivaura in 2012.

ZIMBABWE - Vocal academic Dr. Vimbai Chivaura has become the third Zimbabwean don to die inside two weeks. His brother Vengai Chivaura said Dr. Chivaura died Tuesday morning at the Avenues clinic in Harare. 'I am heavily saddened by the passing on of my b...
Share via
x
More Information