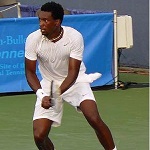 ZIMBABWE – Zimbabwe’s Davis Cup team face a tricky away encounter against Finland in the opening round of the 2016 Davis Cup Euro/Africa Zone Group Two, after the two nations were paired in a draw conducted at the International Tennis Federation headquarters in London, United Kingdom, yesterday.

The tie will take place during the weekend of March 4-6, with the winners enhancing their chances of securing promotion to Euro/Africa Zone Group One.

After losing their opening round match to Bosnia/Herzegovina 4-1 in March, Zimbabwe retained their place in the Euro/Africa Zone Group 2 with a dominant 5-0 whitewash win at home over Moldova in July.

The Martin Dzuwa-captained side, which is spearheaded by the United States-based duo of Takanyi Garanganga and Benjamin Lock, are likely to face their toughest challenge yet, as they play their first away match in the group.
Finland will head into the tie against Zimbabwe as favourites as they occupy position 55 in the Davis Cup rankings, 10 places above Dzuwa’s charges.

They will also have the added advantage of playing at home.

In other ties in 2016 Davis Cup Euro/Africa Zone Group Two, the number one seeds Lithuania, will host Norway, while Denmark, who were relegated from Zone Group One at the weekend, were given an away tie against Georgia.

In other potentially explosive encounters in the group, neighbours South Africa host Luxembourg, while Egypt host Belarus.
North Africans Tunisia were handed a tough encounter away to Bosnia/Herzegovina, while Latvia face Monaco with Turkey hosting Bulgaria.

The draws had to be delayed until the outcome was known of the three remaining Zone Group One ties that took place on between October 30 and November 1.

In Americas Zone Group II, top seeds Uruguay have been handed an away trip to Peru, while the other three-seeded nations will all be at home when the first round takes place from March 4 to 6.

ZIMBABWE - Zimbabwe's Davis Cup team face a tricky away encounter against Finland in the opening round of the 2016 Davis Cup Euro/Africa Zone Group Two, after the two nations were paired in a draw conducted at the International Tennis Federation headquart...
Share via
x
More Information
x