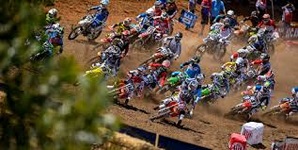 The Moto X club event of the year was initially penciled for February 7 but had to be moved forward due to calendar classes.

“We had to move our start of the season because the initial date clashed with the Southern Africa Championships to be staged in Zambia on February 6 and so this is to give our officials the opportunity to go there and cheer,” he said.

“It is our first event of the year and we are looking forward to a full complement of riders since we are coming from a long break and most are fully fit. We are excited going into the new season as we have a very good committee and we hope that the talent that we have will continue to improve as we are slowly closing the gap between us and our rivals South Africa,” he added.

The early start to the season should augur well for young Zimbabwean riders such as Reagan Wasmuth, Kuda Mhene, Emmanuel Bako, Tristan Grainger, Ryan Massimo as well as female rider Tanya Muzinda, among others, who will be competing in the South Africa national championships.

Motocross enthusiasts will have to part ways with $5 to gain entry while it’s free for children under the age of 12.

ZIMBABWE - Donnybrook Park comes alive today as the 2016 Motocross season roars to life -- a week earlier than initially scheduled on the Zimbabwe Motorsport Federation calendar. The Moto X club event of the year was initially penciled for February 7 but h...
Share via
x
More Information
x