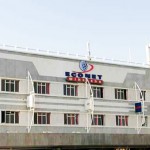 In a press statement released on Friday, Econet Zimbabwe said it will get the lion’s share from a new loan facility of $500m Econet Global negotiated with the Chinese companies.

“With this facility we will take our investment to well over US$1.5bn. This shows our commitment to our country,” said Mboweni.

On why the funds were raised at group level, Mboweni said the deal had been negotiated at that level because this is where the expertise lies to raise this kind of money.

“At our group level, they have developed a lot of expertise to raise large amounts of money when we need it. It is one of our competitive advantages,” he said.

Although details of the interest rates charged were not available, analysts hope Econet will get favourable terms to reduce its finance charges. For the year ended February 28 2015, Econet paid as much as $37.1m in finance costs.

The group is currently under pressure to reduce its cost structures after its profit after tax went down to $70.2m from $119.4m because of economic factors and regulatory interventions.

Meanwhile, the Zimbabwean government confirmed the three deals, whose funding was verified during Jinping’s visit.

In a statement released on Friday by the Ministry of Finance and Economic Development, Zimbabwe said the “Export-Import Bank of China will in 2016 extend to Zimbabwe a preferential buyer credit loan in the amount of $997.7m at a concessionary rate of 2% per annum over 20 years.

“An amount of $98.6m, also at a concessionary rate of 2% per annum over 20 years, will be extended to TelOne to undertake its broadband access project.”