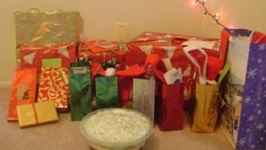 This year one can even book a wedding place a day before Christmas. It is usually difficult for people intending to tie the knot to find venues for weddings at this time of the year or in January.

The situation is different this year in Zimbabwe’s capital, Harare, as most of the wedding venues are not fully booked.

Zimbabwe’s ailing economy appears to be hitting hard not only wedding venue consultants but also cake makers and dress designers.

They say business is low this year compared to other years as most people now prefer holding cottage weddings instead of booking private venues that can cost up to about $500 per day.

Harare entrepreneur, Hazel Marimbe, says this has affected a lot of people who are in charge of wedding venues.

“At the moment business for us has not been doing so well compared to the past two years. Things have changed, in the past by now we would have been fully booked from December to January but as of now we still have some days open and two years ago we never used to negotiate charges but now we are even reducing our prices and we are advertising more than before.”

Adam Mazhambe, who provides catering services at weddings and other functions, says the ailing local economy has dampened business.

Mazhambe says, “Last year business was a bit OK, then we used to serve at least three times per wedding, a day before, during and a day after the wedding serving three course meals but things are now bad with people preferring a standard one course meal on the wedding day which is way below standards of our services. The economy is not well.”

Siboniso Mukanga, a Harare cake maker, is facing similar problems. “It is a bit slow this time around. I really do not know whether it is the competition or it is just people not having enough finances to do their weddings.”

It’s not only weddings that are not generating income for her as other festive season events are also not yielding anything.

“It is also slow compared to the previous years. I think it is the economic conditions and people are prioritizing things. Someone would rather prefer to save for fees than buy a cake and now there are also so many people in the cake making business,” says Makanga.

Tinashe Mudadigwa, who recently tied the knot, says Zimbabwe’s deteriorating economic situation was even visible at his wedding.

“I wedded on the 12th of December. The wedding was a success but the ailing economic conditions were visible as some relatives and friends pledged gifts, promising to give me later on. Probably it was the effect of no bonuses but the most important thing is we managed to gather as families and we managed to rejoice. It gave us a platform to mingle, meet and celebrate together.”

For Fellistus Mhanga, who also exchanged vows with her sweetheart recently, weddings are now a rare occasion and it’s hard for relatives to meet for such important events due to economic hardships.

“The preparations were quite difficult because of the economic difficulties but we managed. The wedding is now an opportunity to gather our relatives together because nowadays people hardly have time and money to travel. Even at weddings some people could not afford to travel preferring to send presents only in a bid to cut costs.”

The wealth flaunting usually associated with weddings is also fading but despite the comatose economy, some Zimbabweans still conduct lavish weddings.

Biti : Another Zimbabwe Is Possible

ZIMBABWE - HARARE - December is a merry-making month normally characterized by colourful weddings, imported vehicles, horse-drawn chariots and international wedding designer suits. This year one can even book a wedding place a day before Christmas. It is...
Share via
x
More Information
x