Notice: Trying to access array offset on value of type bool in /var/www/vhosts/zimdaily.com/httpdocs/wp-content/plugins/elementor-pro/modules/dynamic-tags/tags/post-featured-image.php on line 36
Skip to content 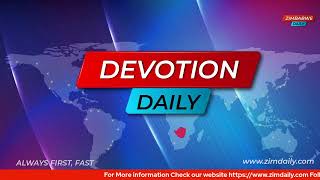 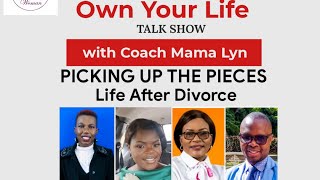 This week we wrap up the the Church and Divorce series. The befitting topic ...for this last installment is *#Pickingupthepieces : Life after divorce.*
#OWNYOURLIFE
#Pulpitbeyondthepulpit[+] Show More 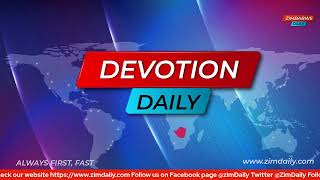 13 Therefore put on the full armor of God, so that when the day of evil comes, you may be able to stand your ground, and ...after you have done everything, to stand. 14 Stand firm then, with the belt of truth buckled around your waist, with the breastplate of righteousness in place, 15 and with your feet fitted with the readiness that comes from the gospel of peace. 16 In addition to all this, take up the shield of faith, with which you can extinguish all the flaming arrows of the evil one. 17 Take the helmet of salvation and the sword of the Spirit, which is the word of God.[+] Show More 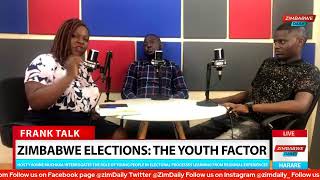 Understanding the Who, the What, the Why, and the How come of youth participation in electoral processes.

We sit ...down with Zambian UPND Information and Publicity Secretary, Joseph Kalimbwe, Cecelia Chimbiri of the Citizens Coalition for Change, Tapiwanashe Chiriga, the former ZINASU Secretary General, and Mcdonald Munyoro, leading the Leave no Youth Behind from NAYO Zimbabwe. 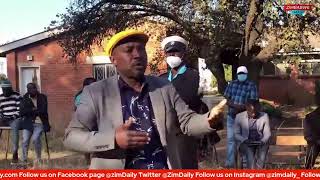 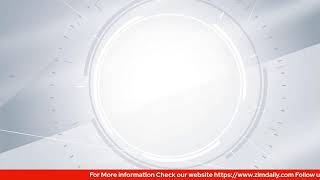 Join us on your talkshow of choice #OwnYourLife as we discuss this issue with Host Coach Mama Lyn and guests Apostle Duncan Manyonda (ADM), Prophet Godwin Mahlahla and Pastor Nicola Nabbi Nikki Choga.[+] Show More
Prev 1 of 100 Next


Notice: Trying to access array offset on value of type bool in /var/www/vhosts/zimdaily.com/httpdocs/wp-content/plugins/elementor-pro/modules/dynamic-tags/tags/post-featured-image.php on line 36

Cape Cookies with muesli yoghurt filling, cracked olives, Häagen-Dazs Belgian chocolate ice cream, mahatma rice, risotto with salmon, Turkish delights and, for a princely $75.28 (£48.94), Wensleydale and cranberries cheese weighing 58kg: if you live in Harare all these are available at a supermarket near you – if you can afford them.

Five years after an economic collapse that left shelves bare and inflation at 231,000,000%, Zimbabwe goes into elections this week looking and feeling in better shape. Schools and hospitals have reopened, roads are being repaired, power cuts are less common, tobacco farms are showing signs of recovery and fibre optic cables have delivered fast internet.

At last the country seems poised to write its chapter in the popular narrative of “Africa rising”. But the gains are fragile, with growth creating too few jobs and slowing in the past two years, and eminently reversible. There are fears that Wednesday’s hotly contested polls could undo all the advances and plunge the economy back into instability.

On Sunday morning at the Sam Levy’s Village shopping centre in the upmarket Harare suburb of Borrowdale, Theo Chiwanga, 34, was buying fruit while trying to keep an eye on her energetic son Adrian, seven, and three-year-old daughter Zoe. The economic crash came at a terrible personal cost: her husband was killed in a car accident while travelling to South Africa in search of work.

Chiwanga recalled the dark days of hyperinflation when a wheelbarrow of cash was not worth a loaf of bread, the central bank issued a 100 trillion dollar note and people in rural areas faced starvation for the first time in living memory.

“Times were hard. I got a job at a bank because that was the only place to access money. You had to get a whole wad of cash but at the end of the week it was no good for you. The shops were empty. Our kids didn’t have basic things like we had.

“My son was born in 2006; he didn’t know grapes until 2010. Even stuff like nappies – you had to send people to South Africa to get for you. For the basic commodities like sugar you have to queue up the whole day and pay a black market price. It was a rip-off.”

Now the situation is very different, as shelves in the Fruit Veg City store bulge with fresh produce. Chiwanga added: “We’re very much better than before. Being able to shop like this, it’s not something we take for granted. I hope we never go back to that time.”

Another shopper, a 38-year-old businesswoman who gave her name only as Constance, said: “It was terrible, there was nothing in the shops. We had to go to South Africa for bread and put it in a deep freezer. You’d get money from the bank in the morning and it would be useless in the afternoon if you didn’t spend it immediately. It was something that should never be repeated.”

Pushing a well-stocked trolley, a 34-year-old accountant, who declined to be named, added: “It was empty in here. All you could get was detergent. So we did a lot of travelling out of the country to get daily supplies; we had to get cheese from Botswana. The currency rate would change every hour: we were into billions and trillions. Our boots were full of currency.

“But now we’re on the right track and, on the whole, things are much better. If you look at the Mercedes-Benzes on our roads in comparison to South Africa, you realise there is something we are doing correctly. We’ve learned from sad experiences but we’ve come out stronger as a nation. It won’t happen again this time.”

Sam Levy’s Village offers Zimbabwe’s middle class a cocktail lounge, designer watches and a competition to win an iPad mini. But with most goods imported, supermarket prices in the capital are high: a 180g bar of Dairy Milk chocolate costs $4 (£2.60). With unemployment at 70% or more, and manufacturers struggling to compete with cheap Chinese imports, few can afford a share in the good life.

Most experts attribute the revival to one factor above all: the adoption of multiple currencies, principally the US dollar, after the Zimbabwean dollar’s implosion. There has also been praise for finance minister Tendai Biti, who has said his Movement for Democratic Change (MDC) was compelled to enter a unity government with president Robert Mugabe’s Zanu-PF party in 2009 to rescue the country from disaster.

As in other parts of Africa, resource-hungry China has become a major investor, helping Zimbabwe post 7% growth up to 2011, although Zanu-PF is accused of siphoning off profits from diamond mines at the treasury’s expense.

The shift in fortunes has breathed new life into long neglected public services. In 2008 only 27 teaching days were held in the country’s schools. When education minister David Coltart took office the following February, he recalls, virtually all 8,000 schools were shut, 90% of teachers were on strike and there was only one textbook for every 15 pupils. None of the lifts in the 18-storey ministry of education was working, there were no computers and the toilets were broken. “It was a sewage pond,” he said. “An absolute shambles.”

And now? “It’s unrecognisably better. Every school is open. We have not lost a single day to strikes and stayaways in the past year. The core textbook ratio is now 1:1. Fifteen thousand teachers have come back in the sector in the last four years. Many have managed to buy cars, whereas prior to that they were struggling to buy food.”

A middle-class made destitute in 2007-08 has been restored, Coltart added. But the past two years have seen the economy hit a ceiling, he argues, because of Zanu-PF’s aggressive economic policies and a fall in gold and platinum prices.

“The uncertainty of the election has also caused a massive downturn in business confidence. If, by hook or by crook, Zanu-PF wins, it’s going to cause a total drying up of foreign direct investment.”

Last week Biti cut Zimbabwe’s growth forecast for this year from 5% to 3.4%, blaming the elections. Perhaps the biggest threat of all would be a close result that forces Zanu-PF into another run-off against the MDC, raising the spectre of a repeat of the 2008 violence that left more than 200 dead and deepened the economic malaise. The anchor of the US dollar, however, means that few predict a meltdown on the scale of last time.

Among the optimists is Tigere Chigeregede, 34, who one night last week enjoyed dinner with his wife Agnes in a private room at the fashionable China Garden restaurant. “Things got a lot better compared to where are coming from,” said the finance director, who owns a four-bedroom house, second-hand Mercedes and iPhone 5.

“Sometimes when I read the papers I get shocked: is this Zimbabwe you’re talking about? Five years ago it was close to reality when there was basically nothing. Now we believe in life.”