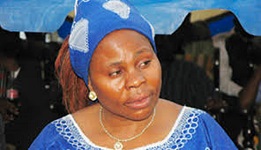 ZIMBABWE – There is discord in the Zanu-PF Women’s League, with some members yesterday disputing reports that the wing had resolved to probe the participation of spokesperson Cde Monica Mutsvangwa in an “illegal” meeting in Manicaland a few weeks ago.

The alleged meeting overturned the ousting of Manicaland chairperson Cde Happiness Nyakuedzwa, who had been booted out last month for allegedly disrespecting the First Lady and Zanu-PF Women Affairs national secretary Amai Grace Mugabe when she went for a rally in Chimanimani.

After being ousted, Cde Nyakuedzwa in turn convened a meeting—that was attended by Cde Mutsvangwa—and passed a vote of no confidence on the architects of her dismissal.

Speaking after the Zanu-PF Women’s League met on Monday, the wing’s deputy secretary Cde Sandi Moyo said Cde Mutsvangwa had a case to answer and a team “of about four to five people” would be dispatched to investigate why the latter would support “insubordinate behaviour”.

However, three Women’s League members who attended the meeting yesterday denied knowledge of the resolution.

Amai Mugabe did not attend the meeting.

Cde Sandi Moyo said: “I think time has come where each one of us must account for her actions because if we fail to do so, things will get out of hand. People lose respect for their leaders and we cannot allow that. I am therefore saying things cannot be left unresolved. I am setting up a commission of about four to five people who will have to go and find out how things happened there and why the First Lady’s name was dragged into factional issues.”

She added: “First of all, it’s a worry she (Cde Mutsvangwa) participated in the second meeting which was illegal. That alone tells us that there is a case for her to answer.”

“We do not know about that issue,” she said.

“We feel ashamed, because as the Women’s League, we got a way of approaching the media and we do not know how that issue came to the media. The fact is, we never agreed on that and the minutes of the meeting are there for all to see.”

“That agreement never came out in the meeting and if one is a leader, she should always say the truth,” she said.

“Yes, there were some issues on the agenda that had to do with votes of no-confidence, but that we resolved to send a team to Manicaland is a lie. We should stop misleading the people and say what has been agreed.”

Cde Shuvai Mahofa, who is national secretary for security said: “I am totally surprised and it shows there is a hidden agenda. We spent most of the time arguing. Where did this resolution come from?

“She simply wanted to dictate to us and this resolution never existed unless she went and talked with the secretary (Amai Mugabe) without our knowledge.”

Cde Sandi Moyo on Monday said Cde Nokuthula Matsikenyiri is now the acting chairperson of the Women’s League until the Politburo rules over the issue.

Cde Sandi-Moyo was not answering her mobile phone yesterday and so was Cde Mutsvangwa.

A special co-ordination committee meeting held in Mutare last week turned chaotic because of the issue after the acting chairman, Cde Samuel Undenge announced it was not on the agenda and would be deliberated as a matter on any other business.

Cde Mutsvangwa reportedly kept on bringing the issue back on the agenda and also dismissed a letter from national commissar Cde Saviour Kasukuwere acknowledging receipt of the petition that was used to oust Cde Nyakuedzwa.

She is alleged to have said Cde Kasukuwere had nothing to do ‘with a women issue.’

In an interview after the chaotic meeting, Cde Mutsvangwa denied undermining the authority of any leader.

“The vote of no confidence issue should have been tackled by our Women’s League political commissar,” she said.

“Zanu-PF has properly laid down structures and these should be followed. As the national Women’s League executive, we have never received a report on the issue of the vote of no confidence on Cde Nyakuedzwa. We are not protecting her. If she has a case to answer then proper procedures should be followed.”

ZIMBABWE - There is discord in the Zanu-PF Women’s League, with some members yesterday disputing reports that the wing had resolved to probe the participation of spokesperson Cde Monica Mutsvangwa in an “illegal” meeting in Manicaland a few weeks ago...
Share via
x
More Information
x