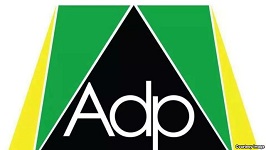 In an exclusive interview with Studio 7, Chikasha said, “If we have the same current players that we have right now, I do not see the situation changing because these people lack integrity and they cannot suddenly change overnight which is what I often say for example about Mai Mujuru to say how do you just transform overnight.

“I just think the current crop of leadership needs to go. We need a new dynamic force. We need a younger generation-led government rather than what we have tried and  tested over the last 35 years.”

Mrs. Mujuru was expelled from Zanu-PF for allegedly  “plotting to unconstitutionally remove President Robert Mugabe from office”, according to a statement from Zanu-PF spokesman Simon Khaya-Moyo.

She was also accused of “orchestrating factionalism in the party thereby causing acrimonious divisions” and “engaging in activities that smack of corruption”.

Mrs. Mujuru was long considered a likely successor to President Mugabe, who is 91 and first came to power in 1980, but she fell out with the veteran leader late last year and was sacked as vice president in December.

Pressed further to clearly state her position about a Mrs. Mujuru and opposition coalition, Chikasha said unity must be about common principles.

“It depends on what the objective of a political party is. If your objective is to just get into power or to unseat Zanu PF then I believe that coalition is needed.” But she was quick to add that her party’s objective is to have a plan that goes beyond 2018.

Chikasha said this is being caused by uncertainity in terms of policy. She attacked the government’s indigenization policy which she said is characterized by lack of fairness.

She said there is need for clarity on such policies to attract investors.

Zimbabwe’s ruling Zanu-PF has long pushed for all foreign and locally-owned companies to be at least 51 percent owned by local blacks.

Most economists say the country’s indigenization model is inhibiting foreign direct investment and domestic expansion at a time when the economy is bleeding.

Is Zimbabwe Ready for a Female President?

Chikasha one of the very few women to lead a party in Zimbabwe said the question about whether Zimbabwe is ready for a woman president can best be answered by the electorate.

But she was quick to add that, “From my own perspective. I have not had any objection to me as a person or to the fact that I am a woman.”

Chikasha launched the African Democratic Party in April last year saying her aim was to create a functional and prosperous nation through a strategy that she says will see Zimbabwe’s developmental status improving drastically in 15 years.

​Chikasha said though not ready to participate in any by-elections taking place now, the party will contest the 2018 elections with her as the ADP’s presidential candidate.

She was born 42 years ago and went to Dominican Convent in Bulawayo and Harare before doing her articles with Ernest and Young.

She then worked as an accountant and finance manager with various firms before taking up philanthropic work. She was married for a 11 years and has two sons urged 16 and 18.