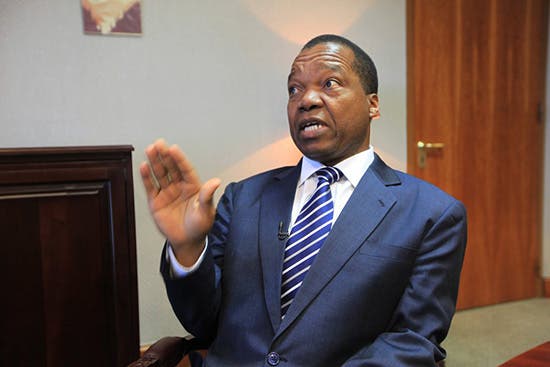 HARARE – Zimbabwe has given business two weeks to comply with new foreign currency regulations which ban cross rating mainly by pricing goods in the local currency using the black market rate instead of the official rate determined by the foreign currency auction system.

“The purpose of Statutory Instrument 127 is to ensure that those obtaining foreign exchange from the auction system use the market exchange rate which is within the auction weighted exchange rate or the auction bid range,” Reserve Bank of Zimbabwe governor John Mangudya told the Sunday Mail.

Some businesses have banned the use of United States dollars because their system does not receipt in that currency while some analysts have said the regulations will reverse the economic gains the government has made so far.

Mangudya, however, said the United States dollar remained legal tender. The new regulations were meant to bring discipline into the market.

“The use of parallel exchange rates of above 100, for example, on funds obtained from the auction system at $85 to the US$ is not good for the economy and consumers,” he said.

“It is these anomalies or arbitrage opportunities that the Statutory Instrument is designed to deal with.

“It is not designed to harm business but to provide a level playing field in business and to protect consumers. “

Mangudya said businesses have been given two weeks to comply with the new regulations.

“Businesses have been given two weeks to regularise their business operating systems to comply with the Statutory Instrument on the receipting of goods and services in either foreign currency or local currency,” he said.

“This is essential to minimise arbitrage on foreign exchange obtained from the auction system.

“This Statutory Instrument is therefore important to enforce compliance which is necessary to continue to stabilise the economy.”

HARARE - Zimbabwe has given business two weeks to comply with new foreign currency regulations which ban cross rating mainly by pricing goods in the local currency using the black market rate instead of the official rate determined by the foreign currency ...
Share via
x
More Information