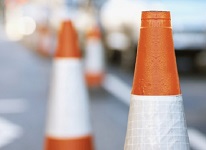 ZIMABWE – With the New Year, the Zimbabwean government has put in place new ways of raising revenue.Traffic fines have increased by at least 100 percent, and the fine for running a red light has jumped from $20 to $100.

Zimbabwe’s natural resources such as gold, platinum and diamonds have failed to make the country’s economy tick.Now the government is turning to another source to raise funds — traffic fines.

Finance Minister Patrick Chinamasa hiked fines for speeding, running red lights and other infractions by 100 percent or more as of January 1st.This is the first time in Zimbabwe’s history that fines have been used to generate revenue for the government.

Tawanda Majoni, an independent analyst in Harare, said it is clear the government is desperate for money. “It has been struggling to pay civil servants, it has been struggling to fund key projects,” she explained. “Apparently it is now looking at fines as one way of raising revenue. But that is a very desperate and sorry way of doing that. What the government is actually doing is to look at crime as a source of income.”

“It is not fair. They should reduce those fines, because we cannot afford a $100 fine,” said one motorist.

“Can’t afford” is a common phrase in Zimbabwe, given that most of the population is unemployed.

That is the view of Chris Madamombe, a public transport driver. “The fines are not reasonable. [They] cause a lot of corruption with the police,” he said.

From here Madamombe slips into the Shona language, saying “police would be asking for some cash if they see that I cannot afford the new fines.”

On Monday, Finance Minister Chinamasa told journalists that the new traffic fines would stand regardless of criticism of the idea.

Zimbabwe’s economy has struggled for the past 15 years, a situation President Mugabe blames on Western sanctions against him and his political allies, but which most analysts attribute to corruption and a series of poor economic decisions.

Few if any Zimbabweans seem to think that traffic fines can get money flowing to the treasury again, and turn the economy around.

ZIMABWE - With the New Year, the Zimbabwean government has put in place new ways of raising revenue.Traffic fines have increased by at least 100 percent, and the fine for running a red light has jumped from $20 to $100. Zimbabwe’s natural resources such ...
Share via
x
More Information