Zimbabwe: Government says to speed up reforms to attract the much needed FDI 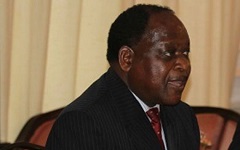 ZIMBABWE – Zimbabwe will accelerate implementation of ease of doing business reforms in order to attract the much needed foreign direct investment to revive the stuttering economy, a senior government official said on Thursday.

Permanent Secretary in the Ministry of Economic Planning and Investment Promotion Desire Sibanda said an enabling environment for local entrepreneurs was critical to attracting foreign investment in the country.

“We need to show the world that we are serious in improving the investment climate,” he said.

Sibanda was speaking at a workshop to review progress in reforming the business environment by technical working groups in the first 100 days ending Dec. 21 this year.

The mandate of the technical working groups is to develop and implement action plans that will deliver policy, institutional, legal and regulatory reforms.

The World Bank is providing technical and financial support to the business environment reform program.

Zimbabwe’s share of FDI has remained significantly low in recent years and stood at a mere 600 million dollars in 2015, with poor investment climate being blamed for the low investment levels.

Over the period, it was noted that mixed progress had been made towards meeting the goals and that the next 100 days would be used to conclude the unfinished work.

Some of the targets in the first 100 days were to reduce the time it takes to start a business from the current 90 days to 30 days, reduce time for obtaining construction permits from 448 days to 120 days and reduce the number of days to register property from 36 days to 14 days.

The review workshop came at a time when Zimbabwe has moved 15 places up the World Bank Ease of Doing Business Ranking of 2015 to number 155 out of 189 economies in the world.

Sibanda said the country still needed to work hard to improve its doing business environment and catch up with high flying countries in Africa such as Mauritius and Rwanda.

“Reform of the business environment will ease the policy, legal and regulatory burdens of the private sector and ensure increased productivity, growth, and ultimately the ability to create jobs and contribute to the government purse,” she said.

Zimbabwe: Government says to speed up reforms to attract the much needed FDI

ZIMBABWE - Zimbabwe will accelerate implementation of ease of doing business reforms in order to attract the much needed foreign direct investment to revive the stuttering economy, a senior government official said on Thursday. Permanent Secretary in the ...
Share via
x
More Information