ZIMBABWE – Pharmaceutical Working Group chairman Nigel Chanakira on Friday revealed that over $400 million worth of basic drugs are coming into the country every year as imports, threatening the viability of the local industry.
Zimbabwe’s trade deficit widened to $2,5 billion as at August 31, according to ZimTrade.Speaking to Standardbusiness on the sidelines of a pharmaceutical industry indaba in Bulawayo, Chanakira said 75% of those basic drugs could easily be manufactured locally.

“There are over $400 million worth of basic drugs that are coming into the country every year as imports and those are just basic drugs. Those basic drugs, probably 75% of them, could be easily manufactured here, as well as for the region,” said Chanakira, who is also Zimbabwe Investment Authority chairman.

Chanakira said the industry needed to invest in new equipment to boost capacity.

“At the moment, just for manufacturing, we have identified that a minimum of $40 million is required for re-equipment before we actually launch into a new product range to be produced,” he said.

He said Zimbabwe used to be a very strong pharmaceutical centre but was weighed down by hyper-inflation, sanctions and a poor business environment.

Chanakira said Zimbabwe has also been a beneficiary of a number of donations in health care, medicines and equipment, but there was also a negative impact on the domestic manufacturing sector which is operating on a weaker and expensive production base.

He said to alleviate that, government, in conjunction with United Nations Industrial Development Organisation, had identified challenges affecting the sector.

He added that Bulawayo and Harare had a manufacturing capacity which is economic for them to start producing drugs, reducing the import bill and ultimately exporting into the region.

“So the opportunity that is there is to revive the production capacity base, re-equip, produce and export. The trade tariffs for the surrounding nations have also come down and for that reason, we should produce for the region and for ourselves,” he said.

Chanakira said for investment to improve in the country, government should allow new partnerships for some of their weaker players because some would not survive and they needed to strengthen them.

Chanakira said there were eight manufacturers who are producing drugs for human consumption and some being resuscitated because of the existing opportunities.

Last year, the Pharmaceutical Manufacturers’ Association lobbied government to implement protectionist measures, saying imports from the region and across the globe had brought the once vibrant sector to its knees.

The association also asked government to lower imports on packaging material, as well as to push for the removal of non-tariff barriers affecting exports to neighbouring South Africa.

Players in the pharmaceutical industry in Zimbabwe met in Bulawayo last week for the three-day indaba aimed at unlocking economic opportunities in the sector and improving professional health practice. 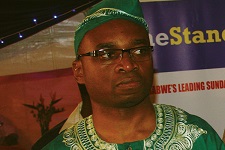 ZIMBABWE - Pharmaceutical Working Group chairman Nigel Chanakira on Friday revealed that over $400 million worth of basic drugs are coming into the country every year as imports, threatening the viability of the local industry.Zimbabwe’s trade deficit wi...
Share via
x
More Information
x