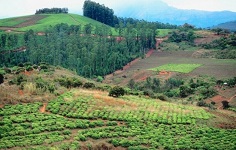 ZIMBABWE – The affected beneficiaries – “flourishing” tobacco and crops farmers – were from the south west of the country’s capital Harare, according to New Zimbabwe.

They received the farms at the height of the country’s land reform programme in 2002.

The farmers had been given three months to vacate the farms. No further explanation was given as to why they were being evicted.

The farmers, however, described the evictions as “illegal”.

“We have tried various means to find out why the government wants us to move but to no avail. That is why we have approached the provincial leadership to intervene to stop the evictions, which we deem illegal,” an unidentified farmer was quoted as saying.

According to a News 24 report, Zimbabwean authorities recently made a U-turn when they announced that they had issued leases to white commercial farmers in “strategic places” to help redevelop the country’s economy.

Mugabe and his Zanu-PF party launched the land reforms in 2000, taking over white-owned farms to resettle landless blacks.

At the time, Mugabe said the reforms were meant to correct colonial land ownership imbalances.

At least 4 000 white commercial farmers were evicted from their farms.

The land seizures were often violent, claiming the lives of several white farmers during clashes with veterans of Zimbabwe’s 1970s liberation struggle.

Zimbabwe plans to export more elephants to China, and no it won’t say sorry

ZIMBABWE - The affected beneficiaries - 'flourishing' tobacco and crops farmers - were from the south west of the country's capital Harare, according to New Zimbabwe. They received the farms at the height of the country’s land reform programme in 200...
Share via
x
More Information
x