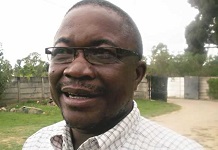 ZIMBABWE – Zimbabwe is the major flue cured tobacco producer in Africa and occupies fifth position in the world, as many communal farmers joined the lucrative farming sector following the land reform programme.

A recent study by BDO Zimbabwe Chartered Accountants revealed that the country only trails China, Brazil, India and the United States in tobacco production.

The BDO Zimbabwe study highlights that new tobacco growers, mostly communal farmers, had taken up tobacco farming since 2000, the year the country embarked on the land reform programme.

This resulted in changes in the demographics of the tobacco farmers, which saw at least 62 percent of those who produced the crop during the 2013/14 season being small to medium scale communal farmers.

The sector used to be dominated by white commercial farmers.

“The increase in tobacco production over the years is also attributed to an increase in average tobacco selling prices, funding from tobacco merchants through contract farming and timeous realisation of sale proceeds,” said BDO Zimbabwe.

“Proceeds from tobacco sales are received on the day the crop is sold. The average tobacco selling price in Zimbabwe compares favourably with prices realised in other tobacco producing countries. Tobacco contributed 10 to 12 percent to the Gross Domestic Product for the 2014 fiscal year with a crop value of about $685 million marketed during the season.”

According to the Tobacco Industry and Marketing Board statistics, every year a huge number of new farmers register to grow the crop.

He said farmers followed the trends on the market and would go for the highest paying crop.

“Farmers make decisions just like any other businesspeople, and will go for the highly paying crop. Some farmers are shifting from tobacco after realising low profits,” he said.