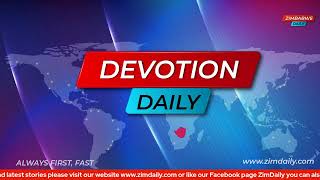 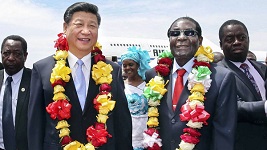 The controversial decision does not only have a negative impact on investment inflows into the country, but it has already backfired spectacularly with hundreds of illegal artisanal miners and dealers invading the gem-rich Marange fields in Manicaland since the expropriations were announced.

At the same time, well-placed Zanu PF sources have told the Daily News that Mines minister Walter Chidakwa’s decision — which has apparently enraged the Chinese — was closely linked to the ruling party’s worsening and seemingly unstoppable factional, and succession wars.

“Our Beijing friends, who have walked with us even during our worst times, are understandably very upset with this irrational move. They are also saying that this will have dire consequences for the mega-deals that we signed with them last year,” one of the sources said.

Analysts who spoke to the Daily News yesterday agreed that Zimbabwe risked “losing a lot” from the Chinese, following the State’s violation of an 18-year-old bilateral investment promotion and protection agreement (BIPPA) with the Asian giant.

“The Chinese investors will not just sit and watch their investments going under the drain. They are likely to pressure their government to withdraw its support to Zimbabwe,” analyst Francis Mukora said.

Meanwhile, the under-fire Chidakwa and his Home Affairs counterpart, Ignatius Chombo, rushed to Chiadzwa yesterday in a desperate bid to douse the flames around Harare’s ill-timed move, and chaos that has followed the move.

There were also reports that 50 illegal panners — widely known as gwejas in local parlance — had been arrested at the eastern Zimbabwe diamond fields yesterday, as the government battles to restore order and rid the area of the rampaging makorokozas.

But not all stakeholders were convinced that Chidakwa’s and Chombo’s visit to Marange would yield the right outcomes.

“I’m right inside the diamond fields and we have seen Chombo and Chidakwa coming, and making what is clearly a fake assessment. This trip has been stage-managed to make sure that they go back to President Robert Mugabe and say that their decision was okay,” a government official said.

“The truth… is that Chidakwa has messed up and this will have dire consequences on the economy, and our relations with Beijing, Russia and South Africa (SA), whose businesses have invested heavily here. The biggest challenge will be the Kimberly Process which will come hard on us because the diamonds are no longer secured. This is a monumental disaster,” he said.

In the meantime, a number of foreign companies operating in Chiadzwa are considering instituting legal proceedings to enforce their rights and in a development, which analysts say has further dented Zimbabwe’s battered international image.

Yesterday, the Russian Embassy — representing one of its companies, which operates a diamond venture in Chimanimani — said it had “no comment at the moment”, although it is believed that they were also taken aback by the government’s move.

As it is, Grandwell Holdings (Grandwell) of SA — one of the biggest players in Marange through Mbada Diamonds (Mbada) — has said the government’s move to expropriate its shares was illegal, as this also violated both Zimbabwe’s Constitution and bilateral relations with Pretoria.

As a result, the company is contemplating dragging Chidakwa to court if he “does not reverse his decision to forcibly grab its Mbada concessions”, in what it feels was a clear violation of the agreements between the government and the firm.

In an exclusive interview with the Daily News, Grandwell’s chairman, Dave Kassel, also disclosed that they had been assured by Mugabe that their money would be safe when they took a decision to invest in the country.

“Besides the various agreements that we signed… President Mugabe himself said to me ‘you are a serious investor and I will personally guarantee your investment,’ and this among other things, gave us the comfort and confidence to proceed with our investment,” he said.

“Now, the minister has just abruptly decided to stop us… which is illegal and the courts will now have to reverse this based on the agreements we have with the government,” Kassel said.

“Besides, we feel let down because we played a key role in making sure that we removed all obstacles, which hindered the trade of diamonds by Zimbabwe. When we wanted to come in… the then minister of Mines advised us of the difficulties with the Kimberly Process where Zimbabwe’s membership had been suspended at a KP meeting in Namibia.”

“Then there was the issue of artisanal mining going on, where it was estimated that… 50 000 illegal miners were in the area. Our first… task was to secure the area in order to bring control… and we engaged the community… , and brought this under control, thereby opening up for other investors and miners to come in,” the South African-based businessman said.

“We then engaged top attorneys from SA to help fight Zimbabwe’s cause at KP and were instrumental in building a company, which was 100 percent compliant, leading to the government bringing KP monitors… to demonstrate that artisanal mining was under control and that Zimbabwe was now compliant… (and) a development which gave confidence to other investors,” Kassel said.

Although Grandwell had initially been given the exclusive rights to market Mbada’s diamonds, Chidakwa’s ministry had also recently and unilaterally ordered all companies to sell their gems through tenders, he said.

“This resulted in Mbada getting less… and with the company now being forced to pay commission to the facilitator. This tender process also resulted in diamonds being confiscated in Antwerp (Belgium), while some were stolen in Dubai,” Kassel said.

“Grandwell and Mbada were also put on sanctions, and our money was confiscated all because we were fighting for the country’s cause. Mbada suffered for Zimbabwe, they were subjected to abuse by the international community and now we are being subjected to this abuse by Zimbabweans,” he said.

“So far, Mbada has carried out a lot of extensive geological and exploration exercises in the area and the ministry of mines has all the maps courtesy of us. Why then are they now destroying this project?” Kassel asked.

Kassel also revealed that in the six years Mbada had been operating in Marange, they made a gross turnover of $1,1 billion and of the amount, nearly $480 million went to government. He expressed surprise that given their contribution,  Chidakwa decided to nationalise Mbada on the pretext that the company and others were not being transparent in their dealings.