‘Zimbabwe Not A Banana Republic,’ Zanu-PF Lashes Out At Amnesty International 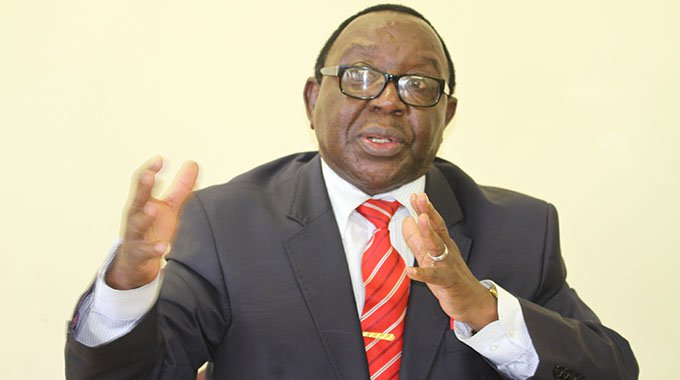 HARARE – Zimbabwe’s ruling Zanu-PF party has said it is an “absurdity” for Amnesty International to demand the government to immediately and unconditionally release the incarcerated MDC Alliance officials Fadzayi Mahere and Job Sikhala, as well as veteran journalist Hopewell Chin’ono.

The trio was recently arrested on allegations of “communicating flasehoods prejudicial to the state,” with Mahere released on bail today.

In a statement yesterday, the rights group’s deputy director for Southern Africa Muleya Mwananyanda said these arrests were part of a growing crackdown on critical voices in the country by the government.

“The latest arrests of Chin’ono, Sikhala and Mahere are part of a growing crackdown on opposition leaders, human rights defenders, activists, journalists and other critical voices. It is consistent with the constant harassment and intimidation that we have seen against anyone who demands respect for human rights, transparency, and accountability in Zimbabwe in the recent past,” said Mwananyanda.

However, Zanu-pf has responded saying the country’s governance is premised on the rule of law which implies the separation of power, adding that it will be absurd to expect President Mnangagwa to interfere.

“Having noted an article published by the Newsday on 18 January 2021, on page 2 titled ‘Release Chin’onon, Mahere, Sikhala, ED told’, the revolutionary Zanu-PF party, wishes to put it on record that the governance of the country is premised on the rule of law. This implies the separation of powers as evidenced by the existence of the Executive, the Judiciary and the Legislature. Zimbabwe is indeed a Constitutional democracy and not a banana republic.

“To expect His Excellency, the President Cde E.D Mnangagwa to interfere with law enforcement agencies and the judiciary is an absurdity in the extreme. The same organisation will cry foul if such illegality was to be implemented,” said the party’s spokesperson Simon Khaya Moyo.

Moyo further said the party takes great exception to these demands for the release of the incarcerated trio.

“In light of the above, the revolutionary Zanu-PF party takes great exception to the demands by Amnesty International and it’s acolytes for His Excellency the President Cde E.D Mnangagwa to release Hopewell Chin’ono, Fadzayi Mahere and Job Sikhala from lawful custody.

“All citizens who are suspected to have committed crimes in Zimbabwe are subjected to due processes of the law irrespective of one’s political affiliation and station in life,” added Moyo.

He also said, “no one is above law and the Constitution should be respected.”

Human rights organisations and the international community have in recent times expressed concern that the country is going back to the era of the late Robert Mugabe which was characterised by massive human rights violations.

On the other hand, Zanu-PF has also resorted to combative attacks whenever the government is criticised for it’s actions.

'Zimbabwe Not A Banana Republic,' Zanu-PF Lashes Out At Amnesty International

HARARE - Zimbabwe's ruling Zanu-PF party has said it is an 'absurdity' for Amnesty International to demand the government to immediately and unconditionally release the incarcerated MDC Alliance officials Fadzayi Mahere and Job Sikhala, as well as veter...
Share via
x
More Information