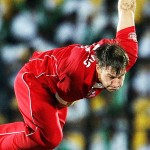 After yet another series of almosts and if-onlys, Zimbabwe’s batting coach Andy Waller has suggested that the team may simply not be “hungry enough” for victory. From the World Cup, to their tour of Pakistan, the close call against India, the opportunities versus New Zealand and the most recent series against Pakistan, Zimbabwe have not often been able to convert dominant positions into tangible results. Have Zimbabwe just become used to losing?

“We had a good sit-down after one of the games, we were allowed to thrash it out, and my one real feeling was that I don’t see that we want it enough,” Waller said. “We’re not hungry enough. We’ve just got to be hungrier than the opposition. When you’re playing against a side like Pakistan or New Zealand, who we know are stronger than us, to me there are two ways you can beat them. One: you can try and out-think them. Two: you have to want it more than the opposition.

“And at the moment, to be honest, I don’t see that want. That hunger. So we talk about it, and I’m hoping that with the help of Dav [Whatmore] and everyone that we can get that back. But at times, we don’t look like we want it as badly as we should want it. It’s a worry.”

Another worry for Waller has been Zimbabwe’s handling of spin bowling during Pakistan’s visit. After left-arm spinner Imad Wasim’s combined haul of 5 for 25 in the two T20I matches, Zimbabwe lost all 10 wickets to spin in the first one-day international, with legspinner Yasir Shah taking 6 for 26, and nine in the third including Bilal Asif’s 5 for 25 in just his second international.

“We’ve lost 19 wickets to spin in two [one-day] games, but up until this series spin hasn’t really been a worry for us,” Waller said. “We played spin well at the World Cup, we played well in Pakistan. Admittedly the wickets weren’t great in the T20s and the first one-dayer, but that’s not an excuse. If you look at how the guys got out, it was just really poor shot selection.

“Whether it’s pressure or what it is, it’s hard for me to pinpoint. After playing spin really well this year, we’ve practiced hard in the last two weeks and we’ve got a lot of spin bowlers bowling to us in the nets and it hasn’t looked like we have a problem. And then all of a sudden we do it in the middle. We were probably facing one of the best legspinners in the world in the first ODI, but when you look at [Yasir Shah’s] wickets it was probably only the one of Brian Chari who might not have read the wrong ‘un, but the rest of the guys it was just poor shots.

Guys were suddenly going back to balls that they knew Asif wasn’t trying to turn, he was just drifting them in. We said to the guys ‘play it like a gentle inswing bowler’, and the guys kept playing the same shots.

“And then you look at the dismissals today, and yes [Bilal Asif] is a reasonably good offspinner but he’s not supposed to be picking up five wickets like that I don’t think. Look at the wickets to the left-arm spinner. Guys were suddenly going back to balls that they knew he wasn’t trying to turn, he was just drifting them in. We said to the guys ‘play it like a gentle inswing bowler’, and the guys kept playing the same shots. We talk about it between each game, ‘don’t do it again’, and the guys continue doing it. Guys have to look at themselves, and we’ve got to do some serious chatting about it.”

It has not all been bad for Zimbabwe, and Waller was heartened by the way some of Zimbabwe’s rookies and fringe players have acquitted themselves in this series. He singled out wicketkeeper-batsman Richmond Mutumbami, who top-scored with 67 in the third ODI, for particular praise.

During his innings, Mutumbami had to receive on-field treatment for a blow to his wrist by an express Wahab Riaz delivery and then had his helmet knocked clear off his head by a Mohammad Irfan bouncer. “It was a brilliant knock, a really brave knock,” Waller said. “Under pressure, he came out and he played good positive cricket. He’s a positive young man, he’s a tough little guy, and I can see him going really good places as an opening batter.

“Today we had a situation where we needed him, and it’s great because now it’s given him that belief which us coaches already had in him. I think he has got that belief, and hopefully we’ll see a good combination from him and Chamu [Chibhabha].”

“We need to get the young guys blooded, and whether it’s over a two or three year period, we need to be having a look at them. I think some of the guys have put their hands up. Young Brian Chari, Richmond and Luke Jongwe. A month ago, I wouldn’t have picked Luke as my second seam bowler. He has proved to be a damn good bowler, and he has come in and batted well for a youngster. We’ve got potential in these youngsters, and we must now persevere with them. There’s nothing worse than knowing ‘I’ve only got two or three games to prove myself, and if I don’t then I’m the next one who’s going to get the axe’. We’ve got to give those opportunities. I’m a big believer in that.”

ZIMBABWE - Andy Waller - 'At times, we don't look like we want it as badly as we should want it. It's a worry' © AFP After yet another series of almosts and if-onlys, Zimbabwe's batting coach Andy Waller has suggested that the team may simply not b...
Share via
x
More Information