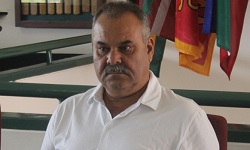 ZIMBABWE – The Zimbabwe cricket team will be out for revenge when they play Afghanistan in five One Day Internationals (ODIs) and two T20 encounters in Dubai, United Arab Emirates beginning of this week. After losing 3-2 and 2-0 in both the ODIs and T20s respectively, at home to the Asian minnows back in October, the Dav Whatmore-coached team leaves the country on Tuesday and is set to play the ODI series opener on Christmas day.

Whatmore, who will be completing his first full year in charge of the Zimbabwe team during the UAE tour, told Standard sport that his team was keen to make amends following the embarrassing defeats at home.

“No doubt we are keen to make amends after performing dismally against them a couple of months ago. Losing to them at home was not good at all, the players have a perfect opportunity to redeem themselves,” he said.

Zimbabwe’s struggles with spin are well-documented, especially looking at results in the past year and the Sri-Lankan born former Australian cricketer said they are working hard to improve as a team.

“Obviously, we are not happy with how we have performed in subcontinent conditions and against spin in the past years. We struggled in Bangladesh last year and this year we played much better despite the fact that we lost. We have realised that we needed to improve and we are working hard to make sure we get better,” Whatmore said.

Whatmore was appointed the Zimbabwe coach on New Year’s eve last year, initially on a three months contract before it was extended to four years in April.

However, after a promising World Cup show, Zimbabwe continued to falter under his tutelage and has managed just seven wins in 29 matches, but he lamented the loss of two key players.

“It has been a challenging year but I hope to have a more settled team in the coming year because we lost our best batsman in Brendan Taylor who retired and our best bowler in Tendai Chatara to injury.

“We also had to play two home series without our best spinner Graeme Cremer. I hope to have the best team together in the coming year and perhaps we can improve on our performances,” said the gaffer. Zimbabwe welcomes back into the team senior batsman Hamilton Masakadza who has been out since October due to poor form.

ZIMBABWE - The Zimbabwe cricket team will be out for revenge when they play Afghanistan in five One Day Internationals (ODIs) and two T20 encounters in Dubai, United Arab Emirates beginning of this week. After losing 3-2 and 2-0 in both the ODIs and T20s ...
Share via
x
More Information