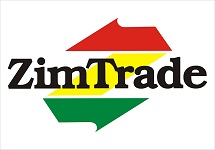 Speaking at the Zimbabwe National Chamber of Commerce Business review conference on Monday, Tony Hawkins said the imbalance of spending has caused the country to rely heavily on FDI and that policy must be examined.

“Policymakers seem to believe that such dependence on foreign capital cannot only continue, but increase as illustrated in the signing of mega-deals with China,” he said, adding emerging markets such as Ghana Mozambique and Zambia are finding out that FDI is adding to their costs as it is a stop-start strategy.

“This massive imbalance and negative savings which is -9% of GDP, means that investment, and with it growth, are wholly reliant on foreign funding like FDI, Diaspora remittances, aid and foreign borrowing.”

He said going forward it will become increasingly difficult to attract foreign capital as global interest rates rise, starting next week in the United States, followed in short order by South Africa.

In Zimbabwe, over 90% of the increase in domestic spending has been consumption spending, 56% of that by the private sector and 44% by government, whose current spending has more than tripled from $900 million in 2009 to over $3 billion nearly six years later.

As a result, the country has turned into a cash-generated model that can only fund itself based on readily available cash that has come under severe strain, due to an on-going liquidity crunch.

This has led to an FDI dependent economy that is now under threat from a potential increase in interest rates from the United States federal government.

ZimTrade chief executive officer Sithembile Pilime said though big investment is good, the country could stand to benefit from seeking smaller investments that can also value-add.

Actual investment inflows according to 2016 Budget Statement is conservative at $650 million.

Zimbabwe Investment Authority chairperson Nigel Chanakira said every country in the world will now be competing for FDI and incentives were needed to attract investors to the country.

“Every country in the world is competing for FDI as such there is need for Zimbabwe to craft clear and cohesive FDI policy with articulated commitment to sustainability. All top FDI recipient countries invest in this programme,” Chanakira said.

He said promoting FDI is a process not an event and it encompasses a number of disciplined activities that boost and build up the country’s image and should position it in the minds of investment decision-
makers.

ZIMBABWE - A leading economist says the country is heavily reliant on foreign direct investment (FDI).  Speaking at the Zimbabwe National Chamber of Commerce Business review conference on Monday, Tony Hawkins said the imbalance of spending has caused the ...
Share via
x
More Information