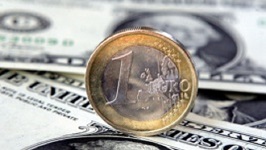 ZIMBABWE – Most pensioners in Zimbabwe are struggling to make a living with some of them barely managing to have a decent meal a day.

Their savings vanished when the country’s dollar lost value and was subsequently dumped in 2009.

Seventy five year-old pensioner, Muketiwa Chifamba, was hoping to live a normal life after retiring from 10 years of service at the Cold Storage Commission or CSC, which was once a reputable state-controlled entity.

After presenting all the relevant information to the authorities, he thought his nightmare was over but it seems as if that was the beginning of his long frustrations with the government’s social security scheme.

Today Chifamba, who is afflicted with an undisclosed illness, says the $100 he gets from the government does not cater for his medication and daily needs.

“The money is not coming on time and besides it is too little,” he says.

Chifamba is not alone in this predicament as more than 100 pensioners, who attended a Chinhoyi session of the Commission of Inquiry into the Conversion of Insurance and Pensions from the defunct local dollar to United States dollars, said they are surviving on God’s will.

Henry Zezai, who worked for 33 years as a teacher, says he once received a cheque from the government and when he attempted to bank it, he was told that the money had been reduced to cents.

Zezai says his $60 monthly pension is not enough to pay for his high blood pressure and asthma tablets and other basic necessities.

Kadoma-based pensioner Gladman Mukotsote’s hopes of buying a house after retirement went up in smoke when the Zimbabwe dollar tanked.

He believes that pensioners should get compensation from the government, which they blame for failing to run a functional economy that led to the erosion of their pension benefits.

Chifamba echoes the same sentiments, noting that it is sad that they are suffering when NSSA invested a lot of their funds in the property market and other ventures.

For pensioner Gershom Mugadza, the best solution to their challenges is for the government to standardize the conversion of their pensions from the defunct local dollar to the United States dollar.

Asked about the total number of pensioners in Zimbabwe and how much they are paid monthly, NSSA public relations manager Philemon Shereni refused to comment requesting questions from this reporter in writing.

Shereni had not yet responded to questions sent to him at the time this report was aired.

But NSSA sources said some pensioners get $60 a month with surviving spouses going home with only $30 per month while children receive $15 until they reach the age of 18.

Hearings of the Commission of Inquiry into the Conversion of Insurance and Pensions from the Zimbabwean dollar to United States dollar have been done in eight of the country’s 10 provinces.

This is designed to source information from pensioners on what the government should include when amending the Pensions Act and insurance policies.

The commission was mandated to gather information for a year and report their findings to President Robert Mugabe.

ZIMBABWE - Most pensioners in Zimbabwe are struggling to make a living with some of them barely managing to have a decent meal a day. Their savings vanished when the country’s dollar lost value and was subsequently dumped in 2009. Seventy five year-old p...
Share via
x
More Information