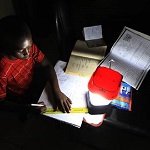 ZIMBABWE – The proposed establishment of a 200MW emergency diesel power plant at Dema in Seke should be viewed as a stop gap measure and nothing more. While we are sure everyone would welcome any plan that results in improved energy supplies, we urge policymakers to aim for sustainable solutions.

The unprecedented fall in water levels at Kariba Dam this year has taught us that we need to seriously invest in alternative sources of power and the generators that run on imported fuel cannot be a sustainable proposal.

All the plans policymakers have been talking about on solar and thermal power stations need to be brought to fruition and not remain dreams on paper.

The resultant tariff increases on the back of emergency diesel power generation speculated to hit almost 30 percent from 9,86 cents to 14 cents per kilowatt per hour is too high for consumers.

In addition, the ripple effects of such an increase could be catastrophic at a time the main talk in town is internal devaluation.

We are happy to note that the Zimbabwe Energy Regulatory Authority (ZERA) is expected to consult all classes of consumers for their input before approving the Zimbabwe Electricity Transmission and Distribution Company (ZETDC) and Zimbabwe Power Company’s (ZPC) application. The ZETDC is hoping to buy over consumers with promises of improved energy availability, thus leading to improved investor confidence and increased economic activity.

ZERA should conduct due diligence to ensure justification. That is where the problem lies. As running diesel generators is more expensive than the other hitherto standard forms of producing power, it is certain that ZERA will find that ZPC and ZETDC’s application has merit and the consumer will be left with the hard choice — to pay up the high rates or live off the grid.

Most consumers across the board are already surviving on shoe-string budgets and can ill afford any rise in the cost of a basic need like power. On the domestic front, it is the most economically disadvantaged consumer who will suffer the most. We should not adopt policies that further marginalise the poor thus irrevocably locking them in cycles of poverty from one generation to the next.

Due to the high costs of installing alternative sources of energy like solar, it is the poorest who will be left with few viable alternatives. Such people may have to resort to using firewood and charcoal even when electricity is available, thus lowering their standard of life while worsening environmental degradation through deforestation as wood poachers cash in on the gap.

It should also be noted that females from the lower classes who are already the most disadvantaged in society will also bear the brunt of such developments. But it is the hit on the commercial consumer that we should be most wary of.

Zimbabwean goods are already fairing badly on the domestic and regional markets due to high production costs. Our prices for all products from most sectors, including agriculture and processing industries, are higher than those from our neighbours making our goods too expensive for both exports and local consumption.

Thus the promised economic boom may not happen at all. Instead, we may have to deal with a jump in inflation as the price of everything else goes up in tandem with the increase in power tariffs. Thus the prices of our products will end up even more expensive than before.

On the other hand, we agree that the push to put everyone on pre-paid systems should be effected immediately. With everyone paying for their energy upfront, the power utilities will hopefully be able to get out of the current quagmire in which they are hamstrung by bad debtors who owe them millions while continuing to consume energy at will.

We also urge the utility companies to roll out effective strategies to stamp out the reprehensible and unfortunately rife practice of energy theft. Many farms and backyard industries are flourishing on illegal connections, thus disadvantaging the honest consumer.

ZIMBABWE - The proposed establishment of a 200MW emergency diesel power plant at Dema in Seke should be viewed as a stop gap measure and nothing more. While we are sure everyone would welcome any plan that results in improved energy supplies, we urge polic...
Share via
x
More Information