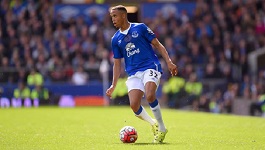 ZIMBABWE – Do you still remember the once mighty Arcadia United? They used to be one of the biggest football clubs in Zimbabwe, both in the post and pre-Independence era and could be mentioned in the same breadth as Dynamos, CAPS United, Highlanders, Black Aces, Zimbabwe Saints and even Rio Tinto.

Unfortunately, Arcadia United just like Black Aces, Zimbabwe Saints, Black Aces and Rio Tinto folded up in the 1990s due to a number of factors, which included endless in-house fighting and lack of sponsorship from the corporate world.

Although Arcadia United “died a natural death” here in Zimbabwe, the team “is still very much alive” in the United Kingdom and Australia, where several players whose parents have strong links with the former colourful side are now based.

In fact, Charlie “Maskiri” White, a former Arcadia United player, has come up with an overseas-based Arcadia United after identifying a number of these players who are playing professional football for different clubs in the UK as well as in Australia.

White, who also coached Arcadia United’s junior sides when he hung up his boots in the mid-1980s, this week named a 15-member UK-Australia-based star-studded “Arcadia United” side which includes the likes of Everton’s promising left-back Brendon Galloway and Bradley Pritchard of Charlton Athletic.

In fact, Akim Abdul was last year called up for national duty with the Zimbabwe Under-23 team for the African Championship qualifiers but he unfortunately failed to impress the Young Warriors coaches at that time.

In the same team, there’s also Liam Jarvis of Luton, the son of the late Denzil Jarvis.

White, who is now based in the UK, said his 15-man squad was his own “Dream Team” of overseas-based players who have strong links with former Zimbabwean football giants Arcadia United.

“It’s just a dream team and some of the players are in Australia, New Zealand and Germany.

“The ones to watch out for are Seth Patrick and Liam Jarvis, they are both 16-year-olds. I coach one or two of them in my spare time here in the UK,” White said.

ZIMBABWE - Do you still remember the once mighty Arcadia United? They used to be one of the biggest football clubs in Zimbabwe, both in the post and pre-Independence era and could be mentioned in the same breadth as Dynamos, CAPS United, Highlanders, Black...
Share via
x
More Information