Though the amount of megawatts to be imported could not be at established, The Sunday Mail understands the country is negotiating with the Southern African Power Pool (SAPP).

Power and Energy Development Permanent Secretary Mr Partson Mbiriri said the imported power will be supplemented by 200MW emergency power diesel plant to be installed at Dema substation in Seke.

He said, “We have received the report from ZRA (Zambezi River Authority) on the situation in Lake Kariba. We are exploring possibilities of importing power from SAPP and ZESA is indeed approaching those utilities in SAPP who can share their power with Zimbabwe. There is a general willingness to share the limited resource.

“In addition we intend to lease power from a 200MW emergency diesel power which should be sited at Dema, Seke.”

An engineering expert in power generation commended Government efforts of importing power but also urged for the speedy construction of the Batoka Hydro station.

“I know the Government is working tirelessly to avail power during this difficult period and in the meantime Government can avert a potential power crisis by importing power but there is need for the construction of Batoka hydro station to commence immediately,” she said.

“The project will ensure that even when there is no water at Kariba to generate enough power, we will have water at Batoka.”
The US$3 billion Batoka project will generate 2 400 MW and will be locate 50 km downstream of Victoria Falls.

The Zambezi River Authority (ZRA) recently announced that it was further reducing the allocation of power generation water supplies from 40, 5 cubic meters to 20 cubic meters due the receding water levels in Kariba Dam during the 2014 /15 season.

Last week, the Zimbabwe Power Company said it can maintain current power generation limit of 475 megawatts at the Kariba South power plant until February next year even if it does not rain within that period. The country will be forced to reduce production to a maximum of 250MW from an installed capacity of 750MW.

Kariba’s low water levels have compelled the country to cut electricity generation resulting in massive power cuts that have seen some suburbs going for more than 24 hours without power.
The power cuts are taking a toll on the ailing local industry, which has been operating at between 30 and 35 percent of their installed capacity. Southern Africa countries are facing acute power shortages with most resorting to load shedding with some now opting to use renewable energy such as biomass and gas. sunday mail. 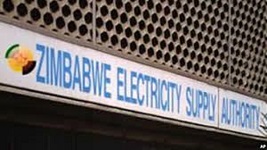 ZIMBABWE - Zimbabwe will soon import electricity from Sadc countries as Government steps up efforts to address power shortages affecting consumers following the sharp drop in water levels at the country’s main hydro power station in Kariba. Though the am...
Share via
x
More Information
x