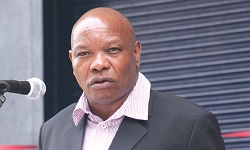 ZIMBABWE – Zimbabwe recorded a 9% increase in tourist arrivals in 2015.

Giving his presentation on current and future trends in travel and tourism in Zimbabwe at the 2016 Tourism Convention held in Victoria Falls last week, Zimbabwe Tourism Authority chief executive Karikoga Kaseke said the industry had started showing signs of recovery.

UNWTO tourism vision 2020 projects the industry to grow at an average annual rate of 3,8% by 2020 and it forecasts international tourist arrivals worldwide to reach nearly 1,4 billion by the same year, 2,5 times the arrivals recorded in the 1990s.

However, Kaseke noted that poor quality, quantity and lack of diversity continued to dog the tourism sector in Zimbabwe.

“Zimbabwe has become a very expensive destination vis-a-vis our competitors in the region. [There is] very poor service in the tourism industry [and] personnel lacks passion in serving customers, a major key to success in tourism business,” he said.

He said brand Zimbabwe was not doing very well in major source markets and there was poor destination accessibility.

“[There is] lack of adequate and quality transport services [local, regional and international], and also an absence of a strong national airline, poor facilitation at ports, particularly Beitbridge, and also poor access to attractions — dysfunctional feeder roads,” Kaseke said.

He said there was lack of real skills to drive efficient service in the industry.

Kaseke said the industry aimed to surpass 3,5 million in arrivals by 2020.

It also intended to increase average length of stay to nine days and eight nights by 2020 from the four days and three nights in 2014,” he said.

ZIMBABWE - Zimbabwe recorded a 9% increase in tourist arrivals in 2015. The 2015 figures shot to 2 056 588 compared to 1 880 028 for 2014, driven by visitors from the American region, an official has said. Zimbabwe Tourism Authority chief executive Karikog...
Share via
x
More Information
x