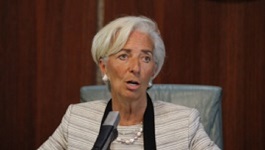 ZIMBABWE – The Zimbabwe Coalition on Debt and Development (ZIMCODD), a social and economic justice coalition, says the country must not prioritize settling its arrears over social services.

The development comes after a team from the World Bank and the African Development Bank met with government officials last week to find ways of clearing arrears of more than $1,8 billion.

ZIMCODD chairman, Joy Mabenge, said Zimbabwe must settle arrears only if “it does not interfere with the normal provision of basic social services, which basic services the current government cannot meet at the moment including just paying your own civil servants.”

But a United States senator has also poured cold water on the plans after urging the Obama administration to use its influence in preventing international finance institutions’ premature opening of lines of credit to Zimbabwe until the country shows progress on respecting the rule of law and human rights.

In a letter on Thursday to Secretary of the Treasury, Jack Lew, United States Senator Bob Corker (R-Tenn.), chairman of the Senate Foreign Relations Committee, said lines of credit to Zimbabwe should be open only if there is meaningful progress in the country’s democratization process.

“While the willingness of a country to meet its debt obligations should normally be embraced, in this case arrears clearance will allow for new lending to the Government of Zimbabwe.  Without meaningful progress toward long awaited reforms by the Mugabe regime, new lending could significantly alter internal political dynamics and help entrench the very same individuals responsible for the country’s economic collapse and gross human rights violations.

“This is a moment when Zimbabwe’s political future is highly uncertain but history has shown little prospect for genuine progress and great likelihood of further repression and mis-governance.”

This solicited a strong response from Harare which accused Washington of meddling in its internal affairs.

The country’s debt arrears to the three multi-laterals, the International Monetary Fund, World Bank and African Development Bank, currently stands at $1,8 billion. As at the end of June 2015, Zimbabwe’s public and publicly guaranteed debt stood at $8,4 billion.

This comprises an external debt of $6,7 billion, representing about 47 percent of GDP, and domestic debt of $1,7 billion.

ZIMBABWE - The Zimbabwe Coalition on Debt and Development (ZIMCODD), a social and economic justice coalition, says the country must not prioritize settling its arrears over social services. The development comes after a team from the World Bank and the Afr...
Share via
x
More Information