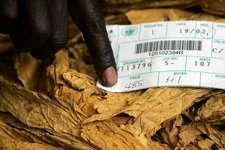 ZIMBABWE – The Metro crime prevention unit along with the South African Police Services’ Crime Intelligence division arrested the men after following them from the N1 in Midrand.

Bongani Ngwenya, a senior lecturer at Solusi University’s Postgraduate School of Business, said the slowdown of China`s economic growth has affected demand for commodities to the detriment of Zimbabwe and the rest of Africa.

“There is no short-term measure that Zimbabwe and African policymakers can do to address this economic structural problem,” Ngwenya said in an interview at the weekend.

“What we need is to gradually move away from commodities-driven exports to value-added ones through attracting foreign direct investment.”

He said policymakers should consider the importance using foreign investment to convert raw materials into finished products within the country.

Despite being endowed with land suitable for agriculture and holding the world’s largest platinum reserves after SA, Zimbabwe imports most of its staple food and has no platinum refinery.

“Africa has completely failed to address this structural problem, even as the developed world wants the status quo to remain,” he said.

“This is a problem which the developed world has managed to take advantage of and will continue to do so.”

To make matters worse, the country was not in a position to set the prices of its exports, which makes it difficult to boost earnings.

“Prices are controlled in the global market, and largely by the economic conditions of developed countries, who are the consumers of these commodities.”

Neighbouring SA has a robust manufacturing industry and depends less on commodities exports, making it a good example to learn from, he added.

Turning to trade, he decried the sorry state of the country’s huge import bill which kept widening the current account shortfall to unsustainable levels.

“There is very little export earnings inflow; as a result the current account is heavily skewed to an unsustainable deficit.”

“But the solution to this does not lie with the cocktail of customs duty levies on imports; at the moment there is no domestic industry to protect.”

To deal with the crippling imports, mostly from China and SA, he called for improvements in industry so as to boost domestic output and meet local demand for goods.

Patrick Chinamasa, the finance minister, has put economic growth forecast for 2016 at 2.7 percent, but Ngwenya said this was “a pie in the sky.”

“Our agricultural performance has been severely affected by poor rains as a result of the El Niño weather. So far there is no promise yet on the recovery of global commodity price. As a result I am predicting a downward GDP growth of 1.4%.”

ZIMBABWE - The Metro crime prevention unit along with the South African Police Services’ Crime Intelligence division arrested the men after following them from the N1 in Midrand. Bongani Ngwenya, a senior lecturer at Solusi University’s Postgraduate Sc...
Share via
x
More Information