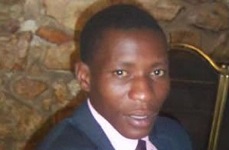 ZIMBABWE – The economic prospects of 2016 are bleak. After Zimbabwe recorded a marginal official growth rate of 1.5% in 2015, missed its revenue targets throughout the year, had 2 billion externalized according to the Reserve Bank, suffered unprecedented job losses and company closures and the mining sector all but ground to a halt, there appears to be no silver lining in this very dark cloud.

In 2016, the economic head winds will certainly continue characterized by negative growth which is likely to average -3.5%, sustained low aggregate demand, hiking of food prizes especially the staple maize meal, increased unemployment and further informalization of the economy.

In addition to all this, a deadly drought is underway which the government has declared a national disaster and conceded that it needs a staggering US$1.5 billion to contain.

Furthermore, Zimbabwe has engaged its creditors to clear its arrears to the over US$10 billion debt which accrued over the last decade when Zimbabwe stopped servicing its loans. The arrears clearance plan requires that the government raises US$1.8 billion by June this year to pay off the IMF, World Bank and AfDB.

In total thus the government needs approximately US$3,3billion within the first half of the year. Given that the government relies on ZIMRA revenue collections only for money, the amount is beyond their reach and with their slant towards austerity measures they are likely to channel whatever is raised to please their handlers in the IMF and World Bank hoping to be given new money while the people starve to death.

What is further apparent is that the economic woes of 2016 will exacerbate the desperate social service delivery situation in country. With little being expected in form of economic growth and the expected hiking of food prices by the speculative and usurious retail sector, urban households will have very little in terms of income. Many households will fail to meet payments for their bills either for health, water, education, rates and electricity.

In fact with the aggressive privatization and tariff hikes that is on the cards, the bulk of the urban poor will be cut out of services, their children will drop out of formal schools and enroll in the thousands of mushrooming ‘private collages’, they will go to ‘miracle prophets’ for treatment of minor conditions, their rentals will accrue so much that all their small assets will be attached by ruthless local authorities and they will live in total darkness relying on firewood and paraffin for energy.

To put the situation into perspective, there is already a fatal typhoid outbreak and this is unlikely to be contained, the envisaged electricity tariff hike will plunge many poor households into darkness and the tuition fee increases coupled with outrageous examination fees will throw thousands of children out of school at all levels. Now this situation will only get worse for the country.

In the midst of all this, the moribund ZANU PF government is engaged in internecine fights to succeed their nonagenarian leader who clearly is living the last days of his long life.

The gluttonous and lazy elite in the regime is engaged in a toxic game of power for its own sake on one hand while on the other they are determined to loot for the last time before the bubble burst. The raucous succession politics has over shadowed the biting national crisis which requires urgent attention.

In the messy dog fight, the nation has stood bemused as ZANU PF factions engage in vulgar name calling ranging from calling each other ‘blithering idiots’, to stories of those who stole underwears during the liberation struggle, to tales of those whose paternity is questionable among a host of nauseating nonsense.

To add insult to injury ZANU PF plans to host a big bash valued close to US$1 million and is forcing drought burdened villagers in Masvingo to contribute to this wasteful carnival, it is also focused on declaring a national holiday on the day their failed leader was born and appear to be determined to hold the entire nation to the tentacles of their big selfish ambitions.

The greatest worry in our situation is our collective loud silence, especially from the youths as vanguards of the struggle for emancipation. We are all prisoners of fear and slaves of hope.

Each day we hope for better but fear to stand up for it. Each day we hope Mugabe and ZANU PF will somehow disappear but we fear to confront them. Perhaps spurred on by his seeming invincibility in the face of men and nature Mugabe even gloated that he will ‘rule until god says come’, literary declaring himself President to the grave and even beyond. And we all remained silent.

However what is apparent is that the economy will melt, the political situation will get nasty, the drought will be extremely biting, our futures and those of future generations will continue to be liquidated and the all important task of change will remain real and urgent.

Until we can master the courage to rise up and command people power, we for now remain in big, big, BIG trouble!

ZIMBABWE - The economic prospects of 2016 are bleak. After Zimbabwe recorded a marginal official growth rate of 1.5% in 2015, missed its revenue targets throughout the year, had 2 billion externalized according to the Reserve Bank, suffered unprecedented j...
Share via
x
More Information