Zimbabwe will never prosper as long as we have turned our politics into cults and idolatry! 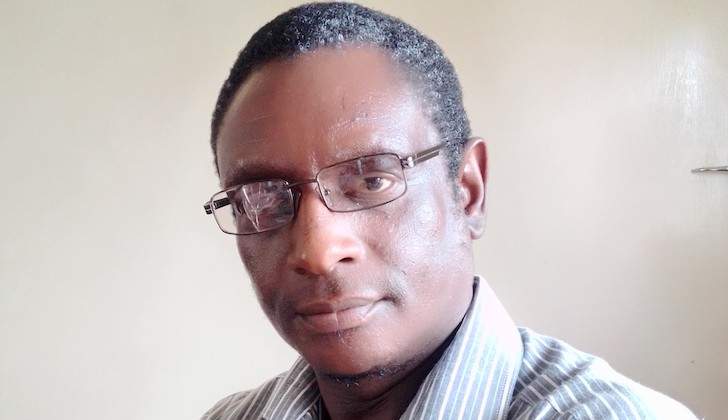 A few days ago, as my wife and I were attending to some errands in the city centre, we visited a tailoring shop, whereby we were greeted by attire advertising the tailor’s work. To say we were stupefied by what we witnessed would be putting it mildly, but were rather sickened straight to our bowls – with the variety of clothing material on display that was embellished with the face of the ruling ZANU PF leader, President Emmerson Dambudzo Mnangagwa. We found ourselves asking each other why, on God’s earth, anyone would don the image of another person, and whether that were not a form of idolatry.

I had actually forgotten about that incident, and put it behind me – until this morning, when I was watching the news on the state-controlled broadcaster, in which Mnangagwa was addressing ZANU PF supporters who had gathered to welcome him at the Joshua Mqabuko Nkomo Airport in Bulawayo, where he is expected to officiate at some mediocre T20 cricket World Cup Global Qualifier 3 tournament, featuring several minions.

As an ardent cricket fan myself, I would know which tournaments and matches were high profile and of global importance – and, which were practically nonentities, better suited only for a lazy Sunday afternoon outing with family and friends – and the latter best describes what Mnangagwa will, strangely, be officially opening today.

Nevermind that the man appears gripped by an unexplainable wanderlust, as always on the road these days – officiating at one event or another – and seldom in his office attending to the more pressing economic challenges facing the country.

Nonetheless, what caught my attention were the wild cheers and ululations by the gathered crowd, after Mnangagwa had merely indicated that Zimbabwe was one of the countries participating at these matches – an obvious fact, that really did not need a rocket scientist to figure out, as we were the hosts.

Surely, what was there to be so excited about, especially to the extent of expressing such unrestrained transports of jubilation?

It was undoubted that in our country, issues of politics and political parties had been turned into dangerous and unnerving cultism – whereby, political leaders have been elevated to the status of deities.

Honestly, what would led any sane reasonable person to regard even the most insignificant and nugatory thing uttered by a political leader worthy of wild applause?

These are disturbing scenes more associated with Nazi Germany and North Korea!

Let me be clear – this most troubling trend is found across the political divide in Zimbabwe.

How then, do such supporters – or rather, more accurately, followers – hold their leaders accountable, when they regard them as infallible demi-gods, whose every word and action can never be questioned, and worthy of reverence?

Ask any political party follower what they consider their leaders’ shortcomings, and what they have gotten wrong in their decisions and action – and, the response will obviously be an unsurprising, “Nothing”!

In fact, these are the people who are more than prepared to even kill for their respective leaders, without giving it a second thought!

However, this becomes a huge problem for any country – more so, one that is in desperate need of development and prosperity.

I have been on record countless times asserting that, there can never be an progress in any country (or, any other establishment) without holding those in leadership accountable, and to the highest standards.

If there is anyone within a country, government, or organization who needs to be held to the strictest scrutiny, and never given much leeway and breathing space – then, the one in charge fits that criterion.

That is why only a few days ago, British Prime Minister Boris Johnson was forced by his own Conservative Party members to resign – after his leadership was hounded by seemingly endless scandals, illegal activities, and an economy steadily on the downward slope.

That is how a leader needs to be treated.

It is never personal, but purely professional.

Johnson broke his own government’s COVID-19 restrictions – as parties were held in his 10 Downing Street offices, whilst the rest of the country was supposed to be on lockdown.

At the same time, the country’s inflation figure is expected to reach the 11 percentage mark by year-end, whilst more and more Britons are faced with ever-increasing economic hardships – leading to several sectoral industrial action and protests.

Furthermore, the PM is accused of promoting an individual notorious for his sexual predatory misdemeanors.

In Zimbabwe, the economic can freely nosedive – with inflation reaching the highest in the world at an estimated 400 percent, coupled by a local currency depreciating to ridiculous levels of US$1 to ZW$600, with basic commodities virtually becoming out of reach of the vast majority.

Over 7 million Zimbabweans are now food insecure, as the family food basket for June stands at ZW$110,000 (about US$180) – when an average civil servant earns a net salary of US$80, with half the population living on less than US$1.90 a day.

Yet, we are busy hero-worshipping and praise-singing Mnangagwa, and his clueless, kleptomaniac, and incompetent regime as if they were some heroes – in spite of their reckless and cruel ruination of our once prosperous country and livelihoods.

Why are we not, like the British, holding our leadership accountable for the tragic, deplorable and unacceptable state we find ourselves in?

Whose fault is it, then, when we choose to turn a blind eye to the conspicuous disgraceful plunder of our nation’s resources by the ruling elitist clique – with every scheme they introduce, ostensibly to fix the economy, clearly designed to fleece the already poverty-stricken population, for the benefit of those aligned to power?

Why do we choose to cheer and celebrate our leaders, even in the face of their undeniable looting of state coffers, through devious and scandalous deals with shady business characters – which will inevitably leave our country poorer, lacking proper service delivery and infrastructure?

We elect to see no wrong, we hear no wrong, and we speak no wrong about our leaders!

At the end of the day, honestly who do we blame for our sorry miserable situation?

As long as we turn our leaders into deities, and politics into cults, Zimbabwe will never prosper and develop.

Zimbabwe will never prosper as long as we have turned our politics into cults and idolatry!

ARTICLE: Tendai Ruben Mbofana A few days ago, as my wife and I were attending to some errands in the city centre, we visited a tailoring shop, whereby we were greeted by attire advertising the tailor's work. To say we were stupefied by what we witnessed w...
Share via
x
More Information