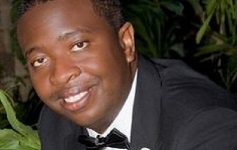 Samora’s Ford Fiesta collided head-on with a bread-delivery truck in Marondera on Tuesday.

There were three occupants in the Ford Fiesta that Samora was driving, and all occupants in both cars were rushed to a nearby hospital after sustaining severe injuries.

The bakery truck overturned twice before landing on its roof, while the Ford Fiesta swerved to the other end of the road, the report said.

Police, however, refused to comment, claiming they were not aware of the accident.

Mnangagwa is reportedly locked in a bitter succession struggle within the ruling Zanu-PF, as a group of young turks known as the Generation 40 (G40) is trying to block his eventual ascendance to the highest office of the southern African country.

The G40 faction is reportedly fronted by first lady Grace Mugabe who according to reports recently accused top Zanu-PF officials for trying to kill her youngest child.