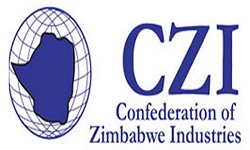 ZIMBABWE – The Confederation of Zimbabwe Industries, which represents the country’s biggest industrial companies, wants the government to enact laws to cut salaries and utility costs after the plunging currencies of neighbors South Africa and Zambia made them uncompetitive.

Zimbabwe abandoned its own currency, the Zimbabwe dollar, in 2009 in favor of the use of a number of currencies, mostly the U.S. dollar, after inflation surged to an estimated 500 billion percent, according to International Monetary Fund estimates. The economy has halved since 2000, according to the government, and low-cost imports have contributed to 11 consecutive months of deflation.

“We are trying to have prices of salaries and utilities moved downwards through a legal instrument,” said Busisa Moyo, the president of the CZI, by phone on Tuesday. “Prices of goods and services can be forced downwards by 25 percent to 30 percent.”

Over the past three years the Zambian kwacha has fallen by 57 percent against the dollar while the rand has declined 37 percent. Imports from Zambia have an 8 percent market share of Zimbabwe’s manufactured goods market, compared with 4 percent last year, while South Africa has a 37 percent share, the CZI said in a report released on Wednesday.

“The crash of the South African rand and the Zambian kwacha has caused more complex challenges to the Zimbabwean economy,” the CZI said in the report. “There have been calls to devalue internally and CZI has gone some strides in exploring the possibility of such an initiative given that Zimbabwe is using a stronger currency.”

Moyo said further discussions will be held on Dec. 7, without being more specific.

ZIMBABWE - The Confederation of Zimbabwe Industries, which represents the country’s biggest industrial companies, wants the government to enact laws to cut salaries and utility costs after the plunging currencies of neighbors South Africa and Zambia made...
Share via
x
More Information
x