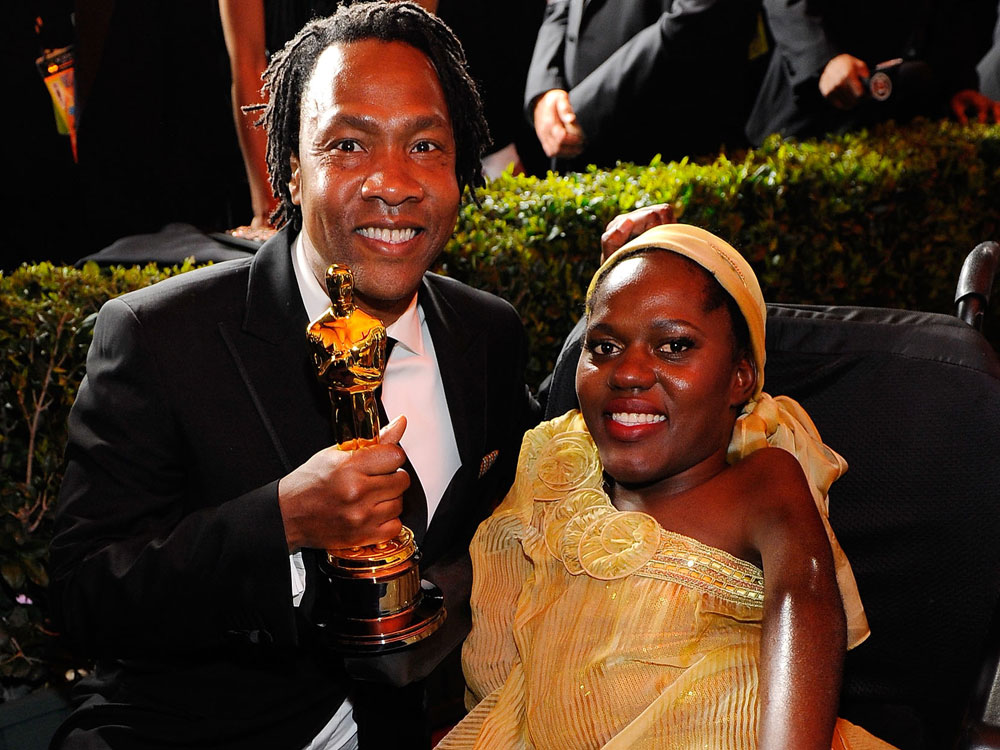 HARARE – Zimbabwe’s First Oscar Award Winner musician Prudence Mabhena made the country proud when Music by Prudence’ won the Oscar for best short documentary in 2010. Her triumph over disability to land the coveted Oscar award is like a fiery tale. Filmmaker Roger Ross Williams documented her life and her band Liyana.  The documentary titled Music by Prudence, went on to win an Academy Award – an Oscar. Winning an Oscar award did not translate into financial rewards for Prudence Mabhena who was leading an eight-piece afro-fusion band comprising disabled members.

Mabhena was flown to Los Angeles for the Oscar awards ceremony, rubbing shoulders with Oprah Winfrey and famous personalities. Prudence Mabhena’s life was difficult from an early age considering that she was born with Arthrogryposis, and was severely disabled. Arthrogryposis is the development of multiple joint contractures affecting two or more areas of the body prior to birth. A contracture occurs when a joint becomes permanently fixed in a bent or straightened position. This can impact the joint’s function and range of motion and may lead to muscle atrophy.

As a result, Prudence was abandoned at an early age by her parents and was raised by her maternal grandmother. Speaking about her upbringing Prudence was quoted saying:

When my mother gave birth to me, my father immediately divorced her because he could not accept my condition.
And my mother went on to marry and I could not go with her into her new marriage. Prudence fell in love with music in 1999 when she was in grade six at King George VI Primary School.

She joined an acapella group called Ngojani which marked the beginning of her professional music career.
As part of the acapella group, Prudence Mabhena toured Switzerland for three months singing in a stage production with a group of people living with mental disabilities.

Her watershed moment came when she joined the band Liyana in 2005. It was with the band that she won the Music Crossroads provincial finals in 2006.
Liyana proceeded to Marondera for the national finals where they came third. Prudence Mabhena and Liyana competed in music competitions in Sweden, The Netherlands, Belgium, and many other countries. It was with Liyana that the documentary ‘Music by Prudence’ came about.
The documentary was done by director Roger Ross Williams and produced by Elinor Burkett. It was taken to the Oscars and won the Best Short Documentary category in 2010.

The documentary came about when its producer Elinor Burkett was in Zimbabwe lecturing at a university.  Prudence Mabhena’s band Liyana was invited to perform at one of Burkett’s sculptor husband’s exhibitions.
Burkett was impressed by the band’s performance and when she returned to the United States she spoke to Roger Ross Williams who then became the director of the short documentary.

The two then asked each member of Liyana to write about their various backgrounds. Prudence Mabhena’s story caught their attention and they decided to focus most of the documentary on her. She was fortunate to meet a doctor who specialized in scoliosis at one of the screenings. The doctor straightened her spine in the United States.

HARARE - Zimbabwe’s First Oscar Award Winner musician Prudence Mabhena made the country proud when Music by Prudence’ won the Oscar for best short documentary in 2010. Her triumph over disability to land the coveted Oscar award is like a fiery tale. Fi...
Share via
x
More Information