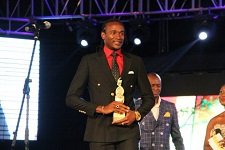 ZIMBABWE – “Pretty hurts, we shine the light on whatever’s worst. Perfection is a disease of a nation, pretty hurts,” once sang Beyonce in one of her most talked about songs on beauty, fashion and perfection.

It looks like the Zimbabwe Music Awards people are really afraid of pain because pretty is something they were determined not to be associated with.

The day of the event was so off. Thursday is not good for people who need to work for a living on Friday morning. Even with the free tickets galore, not everyone who would have wanted to be there could make it.

The red carpet was a mockery of the concept as it turned out to be a bus stop where anyone and everyone could just pitch up.

Nominees and other VIP guests had to jostle with fans to have their images captured while on the hot spot. There was no security and thus no chance for the faces of the night to shine on the red carpet.

It looked like a vegetable market where everyone was busy with their own camera and mobile phone as journalists and vendors among others elbowed each other to get a glimpse of who is wearing what.

The VIP seating area would have been perfect had it been designed for a wedding symposium. But for an awards show, I don’t think so. I laughed my heart out when someone posted on social media that: “Zimbabwe zvayave kutoita from bad to worse nhai when it comes to awards hosting. It started with the ‘Nhema’ (Nama) now it is Zimbabwe Miserable Awards show”.

To be honest the awards were pathetic and miserable.

Where are we going wrong as a nation? Is it any wonder some sponsors shun being part of some of these events which are not reflective of the national aspect expected of them? We know things are hard in Zimbabwe but organisers must go an extra mile in creating an enduring atmosphere to live long in the minds of both the winners, nominees and the general audience.

But let us move on to the fashion which is what matters.

After last week’s NAMA event, where a lot of celebrities were criticised for their atrocious dress sense, it looks like most took the hint and tried harder this time around.

But a few brought their disaster look back. There is surely need for serious grooming for some of our so-called celebrities who seem to have a knack for embarrassing themselves with outfits that seem to have been stitched during the stone age.

Just an aside to say that our fellow, Josphat Somanje, conceded that he was not at his best fashion-wise last week and says there are no hard feelings.

Here is my personal take on who rocked it and who dropped the ball.

The League of Extra-ordinary

This year the crown for the best dressed sex goes to the men. Last week, musicians Winky D and Jah Prayzah tried to be different with not too successful results. This time around the “Gafa” hitmaker and “Soja rinoenda kure” proved that they were not only the best musicians. They also showed that they are successful because they are adaptable. Jah Prayzah looked dashing in a black slim fit six-button blazer with matching pants while Winky D chose to maintain his regalia but this time was in white with some studded detail. You could tell that the two were ready for the awards show not stage performances. The team on the red carpet credited yours truly for the makeover. Film-maker Nico Abote and his friend radio personality Napoleon Nyanhi stole the limelight with their outfits which were outstanding.

Host Tich Mataz — decided to give us a fashion parade as he changed looks through the evening. The first suit was okay but later on was something else. Could the gent be going into comedy? Then maybe he was trying out his future costumes, in which case we understand the outlandish and rather weird twists. Like that ¾ don’t-“Tich”-my-shoes which you could hardly understand. The current style is meant to be rather longer than that, my man. And ask you tailor to take out that drawstring and use it on your son’s shorts instead.

You could take a few notes from Tendai Manatsa who looked like he was designed for the short pants look.

Gilmore Tee chose to remind us that Castle Tankard horse racing is about to come after he wore a stripped pant which you could think had been folded by a three-year-old. Boy with those loosened socks you looked like a school boy about to go for hockey training. I think when it comes to dressing there are some clothes for some particular person; please help Gilmore and find his. And Buffalo Souljah, are you going into the undertaker business, man, or are you now a Rastafarian Goth? If not then the all-black look is not for you.

Disaster of the Year

Ladies, okay let us try to get some formation here. What in the world is happening? Only a handful of ladies dressed up to the occasion. My best dressed female was ZBC TV news bae Rumbidzai Takawira even those who watched can testify. Rumbi’s dress was tight-fitting, good make-up and right hairstyle. Well done Rumbi continue shining bright like a diamond.

The rest ladies can sit down. Disaster of the night goes to the Elephant Dress.

Last week I was kind and did not say that Selmor Mtukudzi looked awful in that shapeless ensemble while her sister Sandra looked like she thought she had been invited to a space shuttle-themed party. But maybe I should have said something and Selmor would have left Sandra at home to find her pointed hat and wait for Halloween to rock the witch look. Maybe Selmor would have thought deep and slow before putting on that bride of Elephantzilla gown.

The Elephant Dress which was designed by Thembani Mubochwa can be recorded in the Book of Records as the worst ever attempted design. I have nothing against different ideas and using clothes for messages. But Mubochwa needs to go back to the archives and look at Lady Gaga’s meat dress, those famous condom dresses and even our very own newspaper dress. Because honestly the elephant dress might drive everyone to join a drive to exterminate the huge mammals from the face of the planet like their mammoth cousins, instead of making efforts to save them.

The mobile network official lady who went on stage had a super dress but it was way too young for her.

Candice Mwakalyelye, well you could have done better than that. If you want to be a style icon you are going to have to learn the meaning of the word consistency, my dear.

Rumour has it that one Miss something decided not to grace the event after one last look at the mirror as she thought that fashion police would be waiting with a warrant for her humiliation.

ZIMBABWE - “Pretty hurts, we shine the light on whatever’s worst. Perfection is a disease of a nation, pretty hurts,” once sang Beyonce in one of her most talked about songs on beauty, fashion and perfection. It looks like the Zimbabwe Music Awards p...
Share via
x
More Information