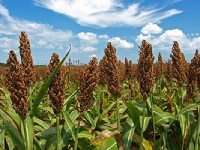 ZIMBABWE – It is very possible that we shall soon be exhorted by the bleeding hearts brigade in OXFAM, SCF and the rest of the usual suspects to give generously to the latest famine relief appeal.

This time it’s Zimbabwe, so before reaching for the cheque-book, it is wise to reflect on why these people are starving. Mugabe says it is because of drought.

Prior to the seizure of white-owned farms from 2001, Zimbabwe produced 3 million tons of maize (at least those farmers did), almost exactly twice its own needs. This year it is expected to be 600,000  tons, only a third of the quantity needed to feed itself. Zimbabwe has gone from being the breadbasket of Southern Africa to its basket case. Only about 100 white farmers remain from the original 5,000.

And it is not as if the seized land is being farmed. The stated intention was to redistribute the land to former terrorists. Instead, much of it was allocated to Mugabe’s cronies and has lain fallow ever since.

As well as maize, these farmers produced beef of the highest quality, especially from pedigree Herefords. Now it is all gone. The breeding animals have all been slaughtered for nyama (meat) despite their otherwise high value as pedigree breeding stock.

The entire livestock industry has been vandalised. The population of Matabeleland has fallen drastically through malnutrition, Aids, and emigration.

This was not all.

The big foreign exchange earner was tobacco. This requires experience, skill and capital. The top product, Rhodesian Flue Cured Virginia, was probably the best quality and highest priced in the world. So goodbye to that.

The white farms were entire communities. The workers were housed, fed and cared for on the farm. Now they are without work and on or below the bread line.

Not that Mugabe will shed tears for Matabeleland any more than he did in the 1980s when he unleashed the notorious 5th Brigade in a genocidal campaign against them. It is thought that these North Korean-trained butchers murdered at least 20,000 Matabele in their so-called ‘gukurahundi’ (the rain that washes away the chaff).

These were not the so-called ‘dissidents’ opposing Mugabe’s one-party monstrosity. They were for the most part ordinary villagers scratching a living in the bundu.

The 5th Brigade gained an horrific reputation for committing atrocities — slashing open the wombs of young pregnant girls, forcing villagers to dig their own graves and then shooting them in them; a mother was forced to eat her own child.

A favourite torment especially for village headmen was to wrap them in plastic bags and set fire to them. I met one such who had survived; he was horribly disfigured with the black pigment burned away from his skin.

All this has been widely known since the beginning and here is the paradox.

The ICC attempted to arraign the President of Kenya for inciting election violence that led to a number of deaths. No such action has ever been taken against Comrade Bob although he has been responsible for thousands. But then he is an African freedom icon and a Marxist hero.

And another thing. It was not Mugabe who initiated the farm seizures. It was the Labour Government that abrogated the Lancaster House Agreement that provided for fair compensation for land redistribution, and refused to pay although the funds were available.

ZIMBABWE - It is very possible that we shall soon be exhorted by the bleeding hearts brigade in OXFAM, SCF and the rest of the usual suspects to give generously to the latest famine relief appeal. This time it’s Zimbabwe, so before reaching for the chequ...
Share via
x
More Information
x