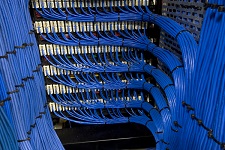 ZIMBABWE – Harare – Zimbabwean telecoms companies have largely stayed job cuts for their workers as employees in other sectors – including media, mining, banking and agriculture – grapple with job dismissals that the government is scrambling to contain through a new bill seeking to restore terminal benefits.

The Zimbabwean telecom companies are opting instead to cut salaries by 20 percent and offering salary payments in airtime credits for resale by the workers.

Employees in the sector also have the opportunity to run airtime vendor kiosks, according to sources.

The Zimbabwe Congress of Trade Unions says more than 20 000 employees have lost their jobs in the past month after the High Court approved dismissal of workers by companies on three months’ notice and without paying severance packages.

The companies have cited worsening economic conditions, declining profitability and under pressure revenue generation. But for the telecoms industry, the job losses have largely been stayed, at least up until now.

Econet Wireless chief executive Douglas Mboweni on Friday denied that his company had dismissed “hundreds” of its employees.

He said only 46 workers had left the company because of contractual developments, which he did not explain.

“We as a company opted to cut all salaries by 20 percent rather than undertake wholesale retrenchments. The small number of people we released had other issues related to their contractual obligations, which I’m not at liberty to discuss,” said Mboweni.

Reports in Zimbabwe say state-owned fixed line operator, TelOne had also opted to cut salaries for its employees instead of opting for dismissals.

The Source online publication quoted a letter from TelOne chief executive Chipo Mutasa advising employees that the telecoms firm had cut salaries by 20 percent, adding that there would be no bonus payments this year. Most of the telecom companies in Zimbabwe have instituted cost-cutting measures to survive the current economic turmoil in Zimbabwe.

Regulators have also not helped matters, according to some executives in the sector, after they forced the telecoms to slash tariffs by as much as 30 percent this year.

“We all need to try and protect jobs but regulators like Potraz (the Posts and Telecommunications Regulatory Authority of Zimbabwe) need to play their part by (sic) unnecessarily destabilising industries that are stable,” Mboweni said.

Econet said in July that it had been “forced to lower our prices”, after the government had instituted a tariff cut and implemented new taxes on airtime top-ups for data as well as voice.

ZIMBABWE - Harare - Zimbabwean telecoms companies have largely stayed job cuts for their workers as employees in other sectors – including media, mining, banking and agriculture – grapple with job dismissals that the government is scrambling to contain...
Share via
x
More Information
x