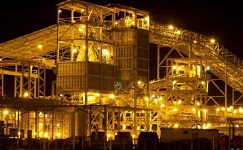 ZIMBABWE – The world’s number two platinum miner, Impala Platinum, is battling fresh uncertainty in Zimbabwe, as it seeks to avoid losing nearly 28 000 hectares of mineral land claims to the government.

Mining companies in Zimbabwe, which also include Aquarius Platinum, Anglo Platinum and Metallon Gold, have been hit by rising power tariffs and employees that are demanding a 10 percent salary raise. Regulatory and policy uncertainty have also been major worries for resources investors in the country.

“On December 28, 2015, the government of Zimbabwe wrote to the operating subsidiary requesting the release of the 27 948 hectares of ground referred to in the preliminary notice that was issued on March 1, 2013.

The operating subsidiary responded to the government of Zimbabwe reiterating its previous position and also seeking constructive dialogue in an endeavour to resolve the matter amicably,” Zimplats said on Friday.

In 2013, Zimplats appealed against the government’s decision to take over its land which accounts for half of its mining claims in Zimbabwe.

Mines and Mining Development Minister Walter Chidakwa was not immediately available for comment, but he has previously insisted on pursuing a use it or lose it policy for unutilised mineral claims.

Zimplats is the biggest platinum producer in Zimbabwe and it is refurbishing a smelter complex at Selous to bring it in line with government demands for enhanced mineral beneficiation inside the country.

It accounts for about 54 percent of platinum group metals production in the country, which has the second largest platinum reserves after South Africa.

The company reported an 11 percent revenue decline and $1.8 million (R28.53m) loss for the quarter to end December.

The uncertainty that has previously dogged Implats and other foreign miners in Zimbabwe over compliance with indigenisation could also be returning as the central bank has delayed approval of the company’s plan to give up 10 percent of shares into the hands of an employee share scheme.

President Robert Mugabe has already reversed indigenisation deals signed by foreign companies in Zimbabwe, arguing that the government was not keen to pay compensation for shares ceded by the international mining investors.

“As reported previously, the company was awaiting approval from the Reserve Bank of Zimbabwe (RBZ) of the sale of a 10 percent equity stake in the operating subsidiary to the Zimplats Employee Share Ownership Trust as part of the company’s indigenisation implementation plan.

The RBZ, in December 2015, advised the company that it had deferred making a decision on the matter until the government of Zimbabwe’s Ministry of Youth, Indigenisation and Economic Empowerment had finalised and announced the new indigenisation implementation modalities which that ministry was working on at the time,” Zimplats said.