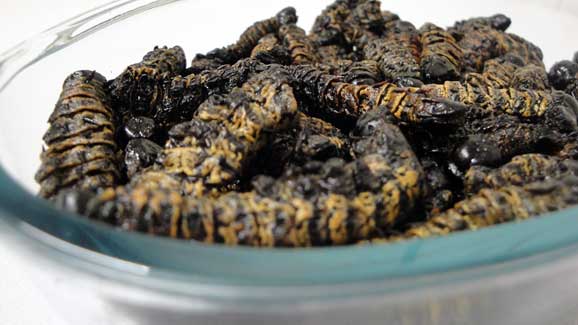 Entomophagy, the practice of eating insects, is common in rural communities in Zimbabwe, with Izinhlwa/shwa (flying termites) and Hwiza (locusts) the widely consumed type of insects across the country, the latest Zimbabwe Vulnerability Assessment Committee (ZimVAC) report has revealed.

The second most popular insect cuisine in rural households is the Mopane worm, a delicay in most parts of Matabeleland.

Generally, the insects can be collected in large quantinties and their cuisines are often served with the country’s traditional staple food – Isitshwala (cooked maize meal) and may be accompanied with vegetables.

According to ZimVAC’s 2020 Rural Livelihood Assessment Report where 11 971 rural households were sampled, 43 percent of the households nationally consume Izinhlwa and Hwiza.

“The least consumed insects are Tsambarafuta which are consumed by 14 percent of the rural households). Matabeleland North and Matabeleland South had almost no households which reported having consumed Majuru and Makurwe,” said ZimVAC.

As has become the norm in Zimbabwe, a variety of insects are not only consumed in certain localities but they are also sold for money or exchanged for other necessities.

The insects are also exported to the areas where they are not found in substantial quantities within and outside the country.

Insect lovers believe they contain useful nutrients that could solve the problem of malnutrition especially during times of hunger caused by drought.

The food insects can also be eaten raw, roasted, dried and are added to other foods.

When it came to the top six widely consumed indigenous vegetables in Zimbabwe, Ulude or Nyevhe came tops as it was consumed nationally by 80 percent of the surveyed households.

Imbuya/Mowa with Indumba/Munyemba came second – enjoyed by 62 percent of the rural households.

“The least consumed indigenous vegetable was Ucucuza / Nhungumira consumed by 14 percent of the households,” said ZimVAC.

The ZimVAC’s 2020 Rural Livelihood Assessment Report was undertaken to provide an annual update on livelihoods in the country’s rural areas, for the purposes of informing policy formulation and programming appropriate interventions.

Opinion: Chilonga Villagers Feel They Are Victims Of Greed, Avarice and Tribal Rejection

Entomophagy, the practice of eating insects, is common in rural communities in Zimbabwe, with Izinhlwa/shwa (flying termites) and Hwiza (locusts) the widely consumed type of insects across the country, the latest Zimbabwe Vulnerability Assessment Committee...
Share via
x
More Information
x