“Climate change is real as witnessed by the El Nino weather conditions which cause drought and the changes taking place in the seasons, resulting in low rainfall currently being experienced in the country,” he said.

“Despite all these signals, we have not done anything to counter climate change and Nyaradzo has taken it upon themselves to help communal farmers tackle climate change.

“It is now up to the people of Chima village to look after the trees and benefit from them. We will work hard together with them to make sure that the wood lot will not fail,” Cde Matangira said.

He implored the forestry commission to continue to encourage the communal communities to plant more trees, and educate them on how to look after the trees as they were important.

Speaking at the same occasion, Commander Mechanised Brigade, Brigadier General Paul Chima said deforestation was threatening the ecosystem and human existence since the oxygen people breathe comes from the trees.

“The conversion of forest land to agriculture use, large scale tree felling and the increasing demand for wood fuel, especially by tobacco farmers have resulted in deforestation, which threaten the capacity of the atmosphere to produce the much needed rains resulting in severe droughts,” he said.

Brig Gen Chima said that tree planting is one of the Zimbabwe Defence Forces’ major responsibilities, and to also ensure that forests are protected and maintained.

“I am reliably informed that the ‘Friends of the Environment ’ a subsidiary of Nyaradzo Funeral Services donated a combined figure of 3000 plants, which I feel if maintained will go a long way in addressing the impact of climatic change in the long run,” he said.

Brig Gen Chima said people should cherish the important role played by trees such as the provision of raw materials for their industries, the provision of energy, and protecting their soil against erosion.

The event comes at a time the country is battling to contain the effects of El Nino, which causes droughts and flooding. 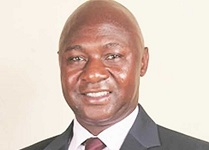