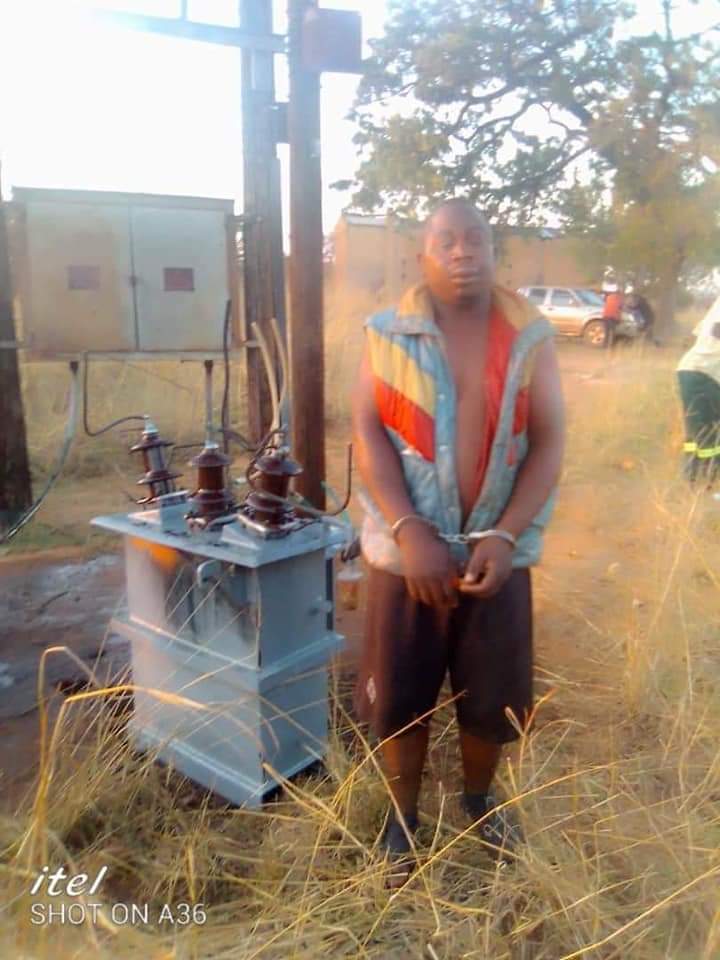 ZIMBABWE – In a classical case of a foiled electricity transformer theft, a Police constabulary, one S. Mpofu who is stationed at Harare Central Police Station was caught on the wrong side of the law when he was apprehended for the offense.

He was part of a five-men gang that tried to steal the transformer at night and was caught while trying to flee from the scene.

The witness who narrated the incident said Mpofu was driving a Toyota Wish during the attempt to steal the power transformer and he was caught after failing to negotiate a curve in a car chase with the owners of the transformer.

When he was taken to the station, it was discovered that he was also a member of the police force.