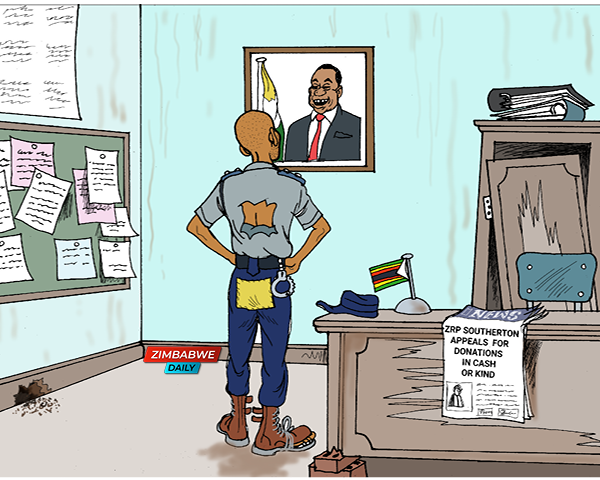 HARARE – The Zimbabwe Republic Police (ZRP) has paid ZW$1 million compensation to a man who was shot and injured by a constable in 2018, two years after the case was brought to the courts by the Zimbabwe Lawyers for Human Rights (ZLHR).

The High Court had ordered Constable Kelvin Madzima, his Commissioner General Godwin Matanga and home affairs minister Kazembe Kazembe to pay US$7,000 at interbank rate to Mathew Mhundwa as compensation.

The three, however, had reneged on the court ruling.

Mhundwa, a taxi driver, was shot and injured by Madzima, while on his way to Bluffhill.

The junior police officer later claimed, in court, that Mhundwa had failed to stop at a roadblock hence his decision to shoot at him.

Mhundwa disputed this, arguing there was never a roadblock, while his lawyer Tinashe Chinopfukutwa of the ZLHR described the shooting as “intentional, wrong, unlawful and a criminal abuse of office”.

“We are unrelenting in our quest to ensure access to justice to victims of ZRP delinquency and we just got Madzima, Matanga and Kazembe forking out more than ZW$1 million as compensation to a victim of reckless police shooting who sued ZRP, for the traumatic experience which he was subjected to four years ago,” the rights lawyers said in a statement.

“ZRP on 1 November wrote a letter to Chinopfukutwa advising him that the law enforcement agency had paid Mhundwa and provided the proof of payment of the sum of ZW$1 036 420 as settlement of the judgment debt and thereby bringing the anti-impunity matter to an end.”

High Court Judge Justice Webster Chinamhora had ordered that the compensation be paid to cover loss of earnings as a result of the victim being idle in hospital, loss of earning capacity due to his injury, physical bodily harm and pain which he experienced from the gunshot.

The money was also meant to cover emotional shock from the traumatic experience of the incident, future pain, suffering and inconvenience, loss of amenities of life, permanent disability, rehabilitation costs and psychiatric expenses for trauma sustained.

Mhundwa’s win is part of many similar cases being handled by ZLHR as part of its anti-impunity campaign.

ZLHR helps bring civil claims for damages against perpetrators in their official and personal capacities as a way of reducing impunity and increasing accountability of the state and non-state actors.

HARARE - The Zimbabwe Republic Police (ZRP) has paid ZW$1 million compensation to a man who was shot and injured by a constable in 2018, two years after the case was brought to the courts by the Zimbabwe Lawyers for Human Rights (ZLHR). The High Court had ...
Share via
x
More Information