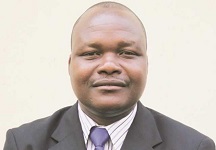 ZIMBABWE – Government has received over 14 000 applications from graduates of tertiary institutions seeking possible employment in several African countries, with the export of labour starting once Cabinet endorses the human export policy.

Higher and Tertiary Education, Science and Technology Development Deputy Minister Dr Godfrey Gandawa yesterday said consultations on the human export policy had now been completed and the document was waiting to go through Cabinet processes.

He said more people were  applying to be in the Government database for job placements abroad and locally when opportunities arise.

“To date, we have received 14 000 applications and we have captured 9 000 of those in the database,” Dr Gandawa said.

“As for the exportation process to begin, we are now waiting for the human export policy to go through the Cabinet Committee on legislation before being endorsed by Cabinet.

“We have moved a step further because we are done with the consultation stage and input from various ministries has been captured. It is the consultations that culminated in the document that we are now taking to Cabinet through the Minister (Professor Jonathan Moyo) for approval.”

Some of the ministries involved in the consultations included Public Service, Labour and Social Welfare, Foreign Affairs and Justice, Legal and Parliamentary Affairs.

Government in June last year invited those who graduated from the country’s tertiary colleges since 1980 to forward their names for possible employment outside the country while it works on various ways of creating employment as espoused in its economic blueprint, Zim-Asset.

A number of countries have many vacancies in various fields and local people have no access to them, hence Government’s decision to intervene.

As such, Zimbabwe has signed agreements for labour exportation with a number of African countries such as Namibia, Botswana and Angola.

Dr Gandawa said another Memorandum of Understanding between Zimbabwe and South Sudan would be sealed next week.

“We are going to sign that agreement on January 19,” he said. “South Sudan has already indicated that it has got several vacancies which our people can take up. The opportunities are in various fields such as teaching, lecturing in polytechnics and colleges as well as in the area of nursing.”

With Zimbabwe faced with an unemployment rate of 11 percent, according to the latest Zimbabwe National Statistics Agency report, many countries in Africa have expressed interest in recruiting local graduates.

Government is expected to financially benefit from exporting labour as the receiving countries will pay a certain amount and cater for the welfare of the exported staff.

The development has been endorsement by academics and teachers unions who said the policy promoted brain circulation, a concept linked to the rapid development of most Asian countries.

Countries like India encouraged large-scale emigration of engineers from their premier institutions in the 1960s, who returned in the 90s as prospects improved markedly.

The returning experts helped turn around fortunes of such countries using experience they had gained in the other countries.

The database being created by Government includes people who have graduated from the country’s tertiary institutions and those trained abroad since independence.

This will also give Government an indication of where some of its graduates are and how they are faring.

Countries like Cuba make money from exporting health staff and there are a number of doctors working in Zimbabwe from that country.

South Sudan and Namibia, among other countries, need professionals such as teachers, engineers, pharmacists and administrators.

Zimbabwe’s universities produce thousands of graduates every year with thousands more coming from polytechnics, teachers colleges and other institutions of higher learning.

We boobed in 2013, says Tsvangirai

ZIMBABWE - Government has received over 14 000 applications from graduates of tertiary institutions seeking possible employment in several African countries, with the export of labour starting once Cabinet endorses the human export policy. Higher and Terti...
Share via
x
More Information
x