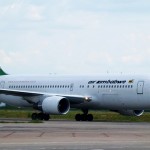 ZIMBABWE – Hotel occupancy rate in Kariba was up 11% in the first half year compared to the same period last year driven by the resumption of flights by the country’s national carrier, a regulator’s report shows.
Air Zimbabwe which resumed flights to the resort town last serviced the Harare-Kariba route in 2007. The airline had been operating flights between Harare and Bulawayo, and Harare and Victoria Falls using a 50-seater Embraer and Boeing 737.
According the Zimbabwe Tourism Authority first half overview, the Southern African nation recorded 930 276 international tourist arrivals during the period under review from 867 163 during the same period in 2014.
The increase, the ZTA says, was mostly driven by the rise in mainland Africa. All the other major markets experienced declines except Oceania which rose by 26%.
The report shows that despite this growth average hotel room occupancy level shed 1 percentage point from 42% to 41% in the first half of the year 2015.The occupancies were largely pulled down by declines in Masvingo, Nyanga and Mutare, it says.

“Masvingo is largely dependent on domestic tourism and on average these constitute 92% of clients in accommodation facilities. Conferencing business greatly influences utilisation of facilities. Unfortunately, the current economic hardships have had an adverse impact on conferencing,” reads the report in part.

“On the contrary, Kariba and Hwange experienced positive growth in occupancies. Kariba had a significant increase of 11% which is attributed to improved access by Air Zimbabwe in the resort.”

The tourism regulator says arrivals from mainland Africa registered 811 717 foreign tourist arrivals, up from 745 566 in 2014 representing a 9% increase.

Arrivals from Europe fell marginally by 1% with declines in major markets including France, Germany, Italy, Nordic Countries and Spain pulling down the overall performance of the region.

“Arrivals from the Asian market fell by 8% to 14 999from 16 370 in 2014 with Japan and South Korea (the major markets) declining too. However, China’s performance was quite encouraging, rising by 46% during the period under review,” the report reads.

“The Americas continue to be the second greatest overseas region for Zimbabwe since 2014. The region has maintained an overall market share of 3%.”

The report further shows that the Middle East continues to trail behind in its contribution to total arrivals into the country contributing less than 1% of the market share.-Staff Writer

ZIMBABWE - Hotel occupancy rate in Kariba was up 11% in the first half year compared to the same period last year driven by the resumption of flights by the country’s national carrier, a regulator’s report shows.Air Zimbabwe which resumed flights to th...
Share via
x
More Information