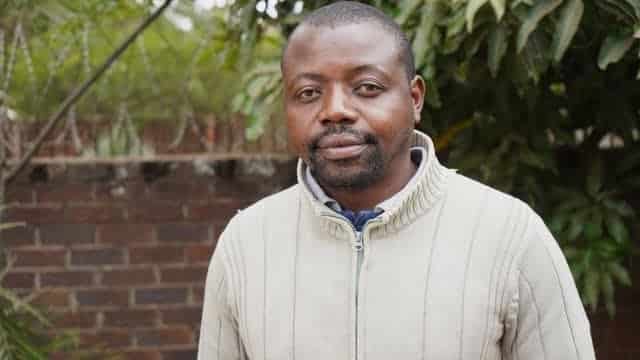 Masaraure, who has spent over a month in remand prison, appealed to the High Court after the lower court dismissed his application.

Police  arrested the ARTUZ leader  on murder charges emanating from the death of an Amalgamated Rural Teachers Union of Zimbabwe (ARTUZ) member’s death in 2016.

Masaraure was arrested when he went to Harare Central Police Station to present himself as part of routine bail conditions set for him in a case of treason currently before the courts.

The arrest is said to be in connection with the death of Roy Issa, who allegedly fell from Jameson Hotel’s 7th floor in “a drunken stupor.”

Originally, the courts had dismissed any foul play, while then police spokesperson, Charity Charamba, had confirmed Issa threw himself while drunk and died immediately after the fall.

CiCZ described his arrested as a clear case of political persecution.

“The arrest of Masaraure is a calculated attempt by the state to silence all critics of ZANU PF’s misrule and misgovernance and equally a deliberate ploy to persecute human rights activists and civil society activists ahead of the 2023 elections.

“We take note of the continued weaponisation of the law and abuse of the criminal justice system by the ruling ZANU PF party using the police and the courts.”

The coalition said the state had, over the past weeks, been seeking to bribe witnesses that would testify and blame Masaraure for Issa’s murder.

Added the statement: “We wish to bring it to the attention of the nation that in the previous weeks, the State has been making spirited moves to bribe witnesses in a bid to come up with incriminating evidence against Masaraure, and this is also part of efforts to deflate Crisis in Zimbabwe Coalition.

“Masaraure has been outspoken against human rights violations in Zimbabwe and as has become the norm, the state has resorted to terror and weaponisation of the law in a bid to punish and silence him.

HARARE - Amalgamated Rural Teachers Union of Zimbabwe (Artuz) leader Obert Masaraure was yesterday granted $50 000 bail at the High Court in a case he faces charges of obstructing justice. Masaraure, who has spent over a month in remand prison, appealed to...
Share via
x
More Information